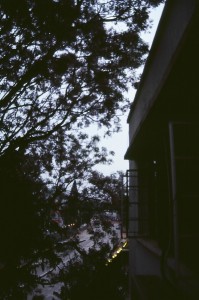 A young girl with boy-short hair starts kindergarten. She looks just like her classmates (except for her hair), but her name stands out like capitalized words on a letter. One hundred and fifty years of colonization and everyone have a Disney name. She makes several attempts to have one. Karen. Joyce. Her dad used the name Judy when he went to white man’s university. Why didn’t he give her one? She lives with her parents, and grandparents in a flat so old that when it rains so did the ceiling above her bed. Her mother tells her that once a bell boy called her a boy and she asked for a hair bow the very next day. She makes friends and sings Christian songs in Cantonese every week at a local Christian primary school. By the time she is in primary three, she gives up on getting a new name, and her best friend cries when the girl tells her she is moving away. 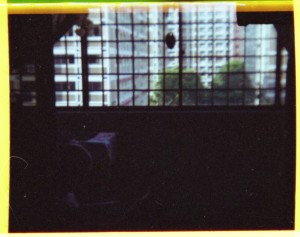 A slightly older girl moves to another country with her family. She looks like most of her classmates but she cannot speak any of the languages they can. The form teacher assigns her a buddy, who is a prefect and an immigrant just like her. It calls for a celebration because the girl is having difficulty even asking for permission to go to the washroom during their second language class (not that she even speaks their first language). The prefect spends most of the time calling the girl stupid, but eventually the teacher makes her a prefect too. She is not used to teacher hitting students, and cries out of fear before she even gets her first beating. By the time she speaks like everyone else (she watched a lot Buffy), others made fun of the way she sounds words. “Com-pew-ter” “No, Cor-pew-ter,” her friend advises. She wonders if they would be surprised if they learned that she is receiving a degree in English Literature? 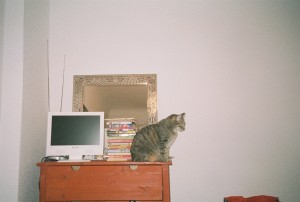 An older girl moves to another country on her own. She doesn’t sound or look like her classmates, and her neighbours. Though she kind of looks like a few of the restaurant owners down by her neighbourhood. Prior to the move, she has read that the city is full of weirdos anyway so another strange looking thing wouldn’t really matter. She is most visible she has ever been in her life, but the city tries to make her invisible enough. No one wants to share an apartment with a foreigner, but she moves in with her first roommate, who reads Murakami in English, and has two cats. All is fine and dandy. She is learning their language, speaking their language, watching their TV, and going to their museums. When she goes to their flea markets on Sundays, she sometimes meets talkative strangers who show disappointment when they find out she is not Japanese. She chats, meets a mentor, and is falling in love with the city. She gets ready to start her life there as if it hasn’t already started, and meets the most wonderful flatmates. The country decides not to recognize her foreign credentials, and so she leaves. She thinks that that must be what it feels like to be cheated on by a husband, or wife. 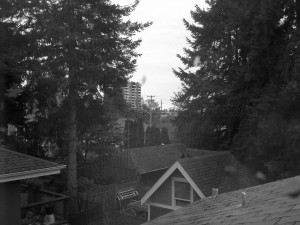 A much older girl moves back home and then moves to another country on her own again. She looks like a handful of her classmates, which she expects; she is somewhat invisible again. She speaks the same language as everyone but her words are still considered strange. Her first home here is a room in a house that is more than a hundred years old. The neighbour’s cat comes by all the time and she pretends it’s her own. The much older girl enters an ivory tower and this time around, her language is being questioned by someone sitting close to the turret. The foreigner wonders if the Dr. would be surprised now if she learned that the student has been accepted into the program and is graduating with an A plus for her seminar project. The foreigner comes across a video of a successful model giving advice to teenagers. What makes you different is what makes you special. She is referring to her gapped teeth. The foreigner wants to tell her that yes, gapped teeth, beauty marks, and bushy eyebrows are quirks, but what makes you different doesn’t always make you special. The foreigner’s skin colour, and her last name certainly don’t. She wants to say this out loud but she knows very well that children can indeed be cruel. She isn’t complaining because she is at least almost invisible. Though she would need to continue collecting stories in order to say that she belongs here now.

On one hand, I’m aware that a story should speak for itself, but on the other, I realize that readers (Dr. Paterson, and fellow classmates) have too many readings to read every posts critically. So here I am, writing a commentary to explain my story.

I wasn’t sure if we were expected to write a memoir or a “short story” inspired by autobiographical facts. The course schedule reads “short story” so I took the second route. It must be said that I’m not a creative writing major or a writer by any means. The only reason I have taken up an “experimental style” is probably because I have been reading a lot of Lydia Davis lately—definitely not because I’m a seasoned writer.

Home is a lot of things. It’s is the geographical location, the physical home/house, the people/family you live with, one’s social status, and much, much more. And this assignment really forced me to examine what gives me “a sense of home” (Paterson). And after much deliberation, I believe that it is a sense of invisibility that really gives a person a sense of home in a city, and/or community. I am not referring to an invisibility that causes my rights to be non-existent, but an invisibility that allows me to blend into the crowd, to walk down the street without being scrutinized. This might be something that is inherent to a majority of experiences, and perhaps one that many even dread.

I have illustrated these selected incidences that took place in four different countries chronologically, but have chosen not number them in ascending order. I wanted to illustrate that all of these experiences coexist at all times, and collectively makes up who I am as a person. As Gloria Anzaldúa’s theory of crossing borders and living in borderlands exemplifies, when one possesses more than one cultural identity and membership, one possesses “all culture at the same time” (Anzaldúa 99).

I have also divided the stories up in an attempt to tell the different experiences as if they were stories and memories belonging to four different individuals. My intention is to show that a person’s experience of privilege and oppression is not static and can occur in varying degrees in accordance to one’s location.

I must also add that I live a privileged enough life compared to many others despite what my write-up is portraying. It isn’t an assignment on my autobiography, but rather one that tells the story of what my relationship with the concept of home is, and the stories that I have attached with my homes. And these are the experiences that I have chosen to portray that relationship.

This entry was posted in Uncategorized and tagged unit 2. Bookmark the permalink.