How do we protect a species? There are obviously quite a few ways to stop extinctions, with recovery and protection plans needing to be tailored to the species’ personal scenario. But one of the most common methods, and one that comes to the front of people’s minds, is to create protected areas where the organism is shielded from human persecution— basically, draw a box around a fixed area and call it off limits to harmful activities (4). This concept was developed in modern conservation for terrestrial environments, before the ocean had been given much thought (2). That being said, the idea works well enough in many marine environments— though not in all.

The world’s nations are currently negotiating a new agreement through the United Nations Convention on the Law of the Sea (UNCLOS) with an eye toward conserving marine biodiversity in international waters that are not under an individual country’s jurisdiction (often called the high seas)(1). Species there have huge ranges and individuals range widely throughout their lifetimes; think for example of many whale’s yearly migrations from the tropics to the poles. For them and many other marine species, traditional ideas of parks in one area just won’t cut it. To protect the northern Pacific subpopulation of blue whales, for example, you’d have to protect the entire North American Pacific coast from Alaska to Mexico (2)! That’s why scientists are now advocating for a novel solution: protected areas that move. 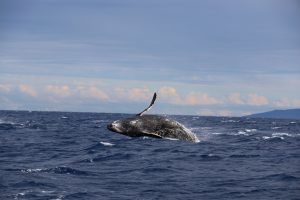 Caption:Many species of whale undertake large migrations from the tropics to the poles each year, meaning traditional protected areas that would protect their entire range are simply not feasible (2). Source: unsplash.com

They contend that the idea in theory is now pretty simple: marine protected areas (MPAs) should be moved over time to continually protect the animals they’re meant to (1). We now have the knowledge and modelling power to do so for many species. However, some scientists are advising caution, because the negotiations around UNCLOS are a political process, it’s not guaranteed that all of conservationists’ recommendations would be heeded, and there is potential for the idea to be abused. Dr. Daniel Dunn at the University of Queensland notes that fixed MPAs offer benefits that mobile MPAs cannot. For example, he worries about countries using rotating protected areas as just a rotational harvesting mechanism and ignoring the conservation potential (2).

Despite such concerns, there is another reason to consider mobile marine protected areas (mMPAs): climate change. A new paper in Science from January 17th headed by Dr. Sara Maxwell of the University of Washington stresses that continuing to accept the paradigm that fixed MPAs will protect biodiversity in our rapidly changing world will lead to biodiversity loss (3). With warming waters, species and habitats are expected to shift entirely. And what happens when the area you have protected for a particular species or community no longer ever contains what it’s supposed to protect?

Thus, the potential for marine protected areas that move have wide-ranging application, possibly being able to protect both species that are dealing with the effects of climate change as well as those that are naturally wide-ranging. The idea also has utility at multiple scales as well, both on the high seas and within country’s individual exclusive economic areas. It could just as easily be used to move shipping lanes around specific sites of high whale congregations in the Gulf of St. Lawrence as to protect large swathes of the open Pacific Ocean and the ecological communities that reside therein (4).

With obvious benefits, it’s still important to keep in mind the risks. But according to Maxwell, if the UN were to set strict guidelines for how to establish mMPAs and incorporate scientific input into their creation and review, we could go a long way towards conserving marine biodiversity in the future (2). With negotiations ongoing for the new UNCLOS agreement, proper implementation is now in the global community’s hands. With the myriad of traditional threats facing the ocean in addition to the looming threat of climate change though, we can only hope they move to properly use all the tools available to them, both traditional and novel.