Past and Future Changes in Ski Season Length at Breckenridge Ski Resort, Colorado

The research of my students and I suggests human caused climate change will increase winter temperatures and change precipitation patterns at all of the ski resorts located in western North America. We can expect that  these changes will also alter the timing of the start and the end of the ski season at many of these resorts. Modelling changes in ski season length with climate change is a bit problematic because it depends on interactions between temperature and snowfall. The start of ski season can sometimes be delayed because of insufficient snowfall despite the presence of many weeks of below-zero temperatures (degrees Celsius). Likewise, the end of the ski season can be extended if the accumulation of snow on the runs is high even if temperatures are considerably above zero.

The historical data available in ClimateNA can be used to see of ski resorts in western North America have experienced a shortening of the ski season because of global warming. Breckenridge Ski Resort will be used to demonstrate how this can be analyzed. Breckenridge Ski Resort is found in Colorado, specifically located on the southern half of the Tenmile Rage and is spread across ten mountain peaks at a latitude of about 39° North. It is a relatively large resort covering about 1177 hectares that are serviced by 32 ski lifts. Elevations at Breckenridge range from a base of 2926 meters to a top elevation of 3962 meters. Most of the ski runs have a east facing aspect which should minimize the melting effects of afternoon sunshine.

Figure 1 also indicates that the warming at the monthly scale during this period was not equal, some months during the ski season warmed more than others. For example, little or no warming was seen in the months October, November, and December. The months of January, February, March, and April warmed from 1951-1980 to 1981-2010 by between 1 to 2° Celsius. 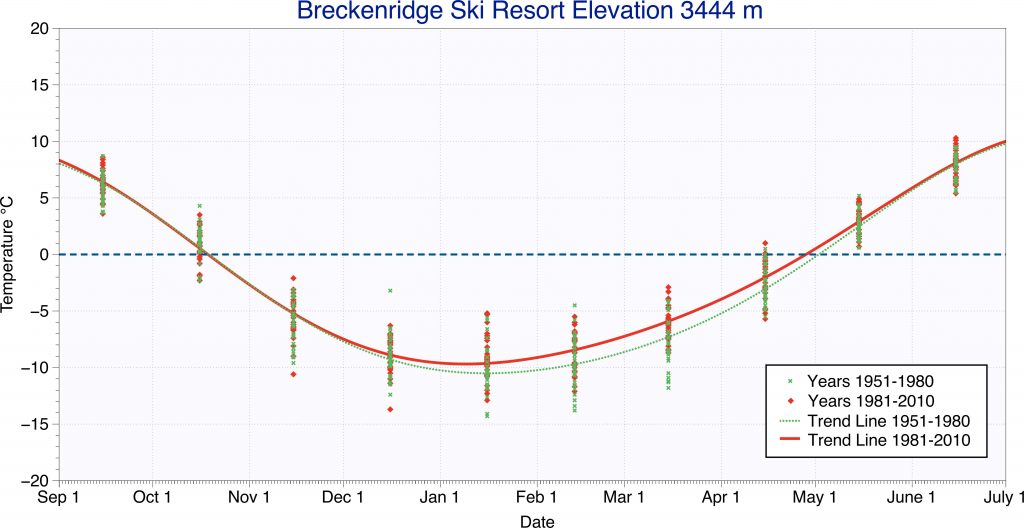 Figure 1. Comparison of mean daily temperature trend lines for the 30-year averages of the periods 1951-1980 and 1981-2010. Data is for the mid-elevation of the ski resort is graphed at mid-point of each month. Best-fit lines through the data for the two time periods were determined from polynomial regression analysis.

Figure 2 compares monthly mean temperatures from September 1 to July 1 for the time period 1981-2010 to a future forecast under the worst case greenhouse gas emission scenario known as RCP8.5. Under RCP8.5, the concentration of carbon dioxide, methane, and nitrous oxide will reach 807 parts per million, 3566 parts per billion, and 415 parts per billion, respectively, by the year 2085. According to Figure 2, the months from November to April will have increases in their mean month temperature of about 5° Celsius. This level of global warming will shorten the ski season, as defined by a temperature of 0° Celsius, to 128 days or by 33% relative to 1981-2010. This predicted decrease in days will occur roughly equally from the start (29 days) and the end (34 days) of the ski season. 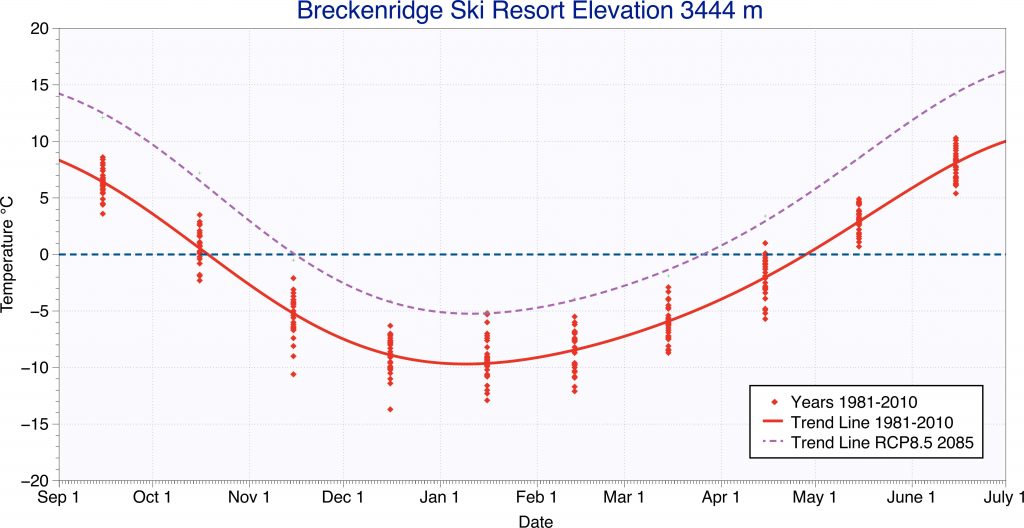 Figure 2. Comparison of mean daily temperature trend lines for average of the period 1981-2010 and for the worst case emission scenario RCP8.5 in the year 2085. Data is for the mid-elevation of the ski resort is graphed at mid-point of each month. Best-fit lines through the data for the two time periods were determined from polynomial regression analysis.