A lot has happened since 1976.  The Canadian economy has grown 108%, after controlling for inflation.  On average, it now produces an extra $35,000 per household.

Despite this additional prosperity, a silent generational crisis occurs in homes across the land, one we neglect because Canadians are stuck in stale political debates.  The crisis becomes clear when we consider a simple “Then and Now” story.  Picture it:  the mid-1970s in Canada.  Baby Boomers were moving beyond their sex, drugs and rock and roll phase to build families, communities and enterprises.  Then the average household income for a young couple was $65,160, adjusting for inflation and expressing in current dollars.  54% of young women contributed to this income.

Flash forward to the present.  82% of women now contribute income, while young men’s employment remains stable.  Despite all this extra adult time in the labour market, average household income for a young couple today is $68,300, just slightly higher than 35 years earlier.

It is worrisome for a country’s standard of living when we ask a generation to make do with household incomes that flat-lined despite a dramatic increase in adult time devoted to earning.  But the reality is bleaker still when we recognize that the primary cost of living – housing – has skyrocketed over the same period.  In 1976, the average price for Canadian housing was $192,390, again controlling for inflation and reporting in today’s currency.  Today, it is $339,045.  That’s an increase of 76%. 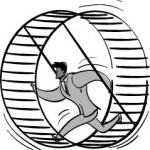 When housing costs nearly double at the same moment that household incomes stall for a group of adults who are more committed to the labour market than any previous generation, we’re talking about a massive social and economic change – one akin to a silent, but no less damaging, tectonic shift. 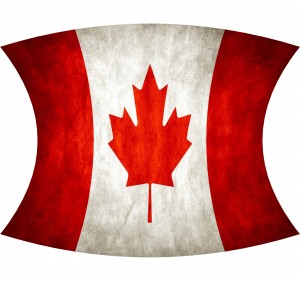 The generation raising kids today is squeezed for time at home; they are squeezed for income even if they are not ‘poor’ because of the cost of housing; and they are squeezed for services like childcare that will help them balance successfully raising a family with earning a living.  In short, this generation can no longer count on a market in which they earn and purchase a standard of living that approximates what their parents enjoyed, even though the economy has grown a rate that far outpaces (by 44%) the rate of population growth.

What accounts for the generational decline in the standard of living despite the rising Gross Domestic Product?  I explore this question throughout the blog, and suggest that Thinking like a beaver offers pragmatic solutions.