With all the media surrounding the imperiled Southern Resident Killer Whale population, it is no surprise that there is much debate about how best to conserve them.  Among the most controversial measures is a proposed cull on harbour seals. While there initially seems to be evidence in support of this cull, it is ultimately a knee jerk reaction to a complex problem. 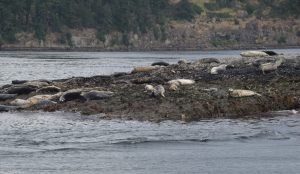 A harbour seal haul out, where seals spend a large portion of their time. Illustrates the abundance of harbour seals in the Salish Sea. Photo by: Holly Fellowes

In theory, seals eat chinook salmon, thus competing with the Southern Residents for their primary food source. If it were that simple, it would make sense that decreasing the seal population would leave more chinook for the whales. The truth is that seals are simply the scapegoat that many have chosen to believe in. 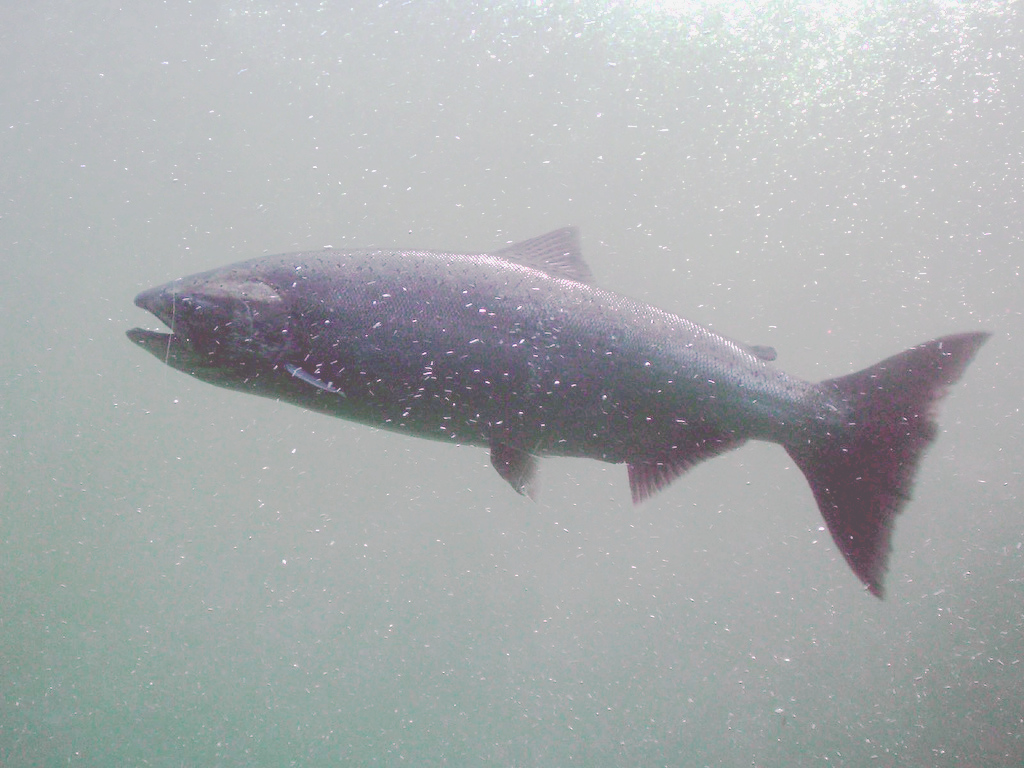 Chinook salmon, at the center of the debate on seal culls. Photo by: Riccardo Rossi. From:https://commons.wikimedia.org/wiki/File:Chinook_(King)_salmon.jpg

A July 2017 article by Randy Shore points the finger at seals for the decline in the Southern Residents. The article states that seals are responsible for the Chinook declines in recent decades and that the harbour seal population is growing exponentially. This article quotes another article by the same author, published in February 2017, which states that seals and sea lions consume more Chinook salmon by weight than either the Killer Whales or fisheries. As such, both articles suggest that culling seals would be an effective way to improve the health of Resident Orcas.

The facts upon which these articles base their conclusion, and thus this conclusion itself are entirely wrong. The estimates used to determine the quantity of salmon the seals eat was based off studies done within rivers, where the seals eat juvenile Chinook, and extrapolated to the seals eating adult Chinook throughout the Salish Sea, two assumptions that are incorrect, exaggerating the effects of seals on chinook. The idea that seals cause the decrease in Chinook stocks is also flawed. In fact, some modelling experiments have suggested that the removal of seals from the Salish sea may decrease Chinook stocks as seals eat hake, a major predator of juvenile chinook salmon. Last, while seal populations did increase exponentially after receiving protection, populations of harbour seals have now reached a stable point and are thought to be stable.

In addition, even if seals were the culprit, many experts agree that a cull is not the solution. Due to seals’ relationship with various prey species like herring and hake, which compete with and prey on chinook, a cull of seals would do more harm than good to juvenile chinook salmon. Furthermore, culling seals would be detrimental to the threatened mammal-eating Bigg’s Killer Whales that depend on seals for food.

Ultimately, while pointing a finger at seals may be more convenient, it is not scientifically valid in helping chinook and Southern Resident Killer Whale populations in recovering. It is simply a scapegoat for those who would rather shoot at seals than accept that real action must be taken to improve the health of the Southern Resident Killer Whales.