I am a marine ecologist. I study the interaction between species in the ocean and how those interactions are affected by the environment in which the organisms live. Broadly, I am interested in how these relationships will be altered by climate change and the warming of our oceans. The topic of my thesis is how heatwaves act to shape the species that we find living in tide pools; the depressions along shore lines that remain filled with water when the tide goes out. This is not the topic of this post however, instead I will be telling you about an adventure that touches on many of the same ideas and questions but takes place in a much larger volume of water, the Beaufort Sea.

Map of the Beaufort Sea. Taken from: http://onesharedocean.org/

This fall I had the opportunity to participate in the JOIS (Joint Ocean Ice Studies) program. This is a coordinated research effort between institutions (the DFO Institute of Ocean Sciences, the Beaufort Gyre Exploration Project, a partnership with Woods Hole Oceanographic Institution scientists, and the Pan-Arctic Climate Investigation, a co-operation with Japan Agency for Marine-Earth Science and Technology scientists) and has been taking place once a year for the past 15 years. The goal of this cruise is to gain a better understanding and track changes in the arctic ocean over time. This oceanographic cruise takes place aboard a Canadian Coast Guard icebreaker, the CCGS Louis S St Laurent. On board the vessel there are approximately 55 crew members and 30 scientists. Scientists on board sample and measure many different properties of the sea water at a number of stations across great depths (over 3km in some cases) in addition to measuring properties of the sea ice at a handful of stations. Together this data allows scientists to look at how different properties have changed through time and determine the potential impacts of these changes on arctic and global ecosystems. 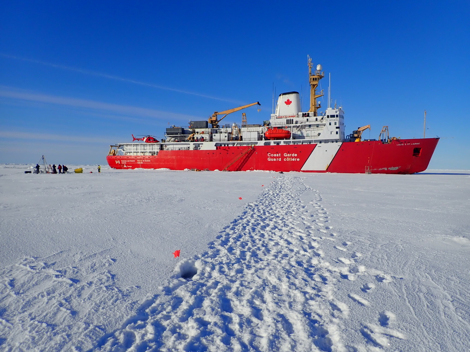 The CCGS Louis S. St-Laurent, a Canadian Coast Guard Icebreaker, viewed from the sea ice during one of the ice survey days. Photo credit: Cassandra Konecny

As I mentioned, one of the main tasks aboard the vessel is to sample water and measure water parameters. These include things like how much oxygen is dissolved in the sea water? How salty is the water? What temperature is the water at different depths? How much inorganic carbon is dissolved in the water? How much chlorophyll? What about nutrients and dissolved organic matter? The list goes on but needless to say we are measuring many things at each station! My role on board was to aid in measuring dissolved inorganic carbon or rather DIC in water samples. Now unless you are familiar with this parameter you are probably wondering what it is and why we are measuring it. DIC is essentially the amount of carbon that is dissolved in seawater. It is a property that is often measured in climate change research as it can tell us something about how carbon is moving through a system and how the amount of dissolved carbon in the ocean is changing. With increasing atmospheric carbon dioxide concentrations, the buffering capacity of the ocean is being reduced, and the water is becoming more acidic which is having many impacts on marine life. In some cases, it makes it harder for marine organisms to build shells and in other cases it has been shown to increase their energy requirements. By tracking changes in DIC along with other parameters, we can better understand and predict the potential impacts of climate change on ocean ecosystems. That being said, large uncertainties still remain such as how ocean parameters might interact with each other or how interactions between species might change. 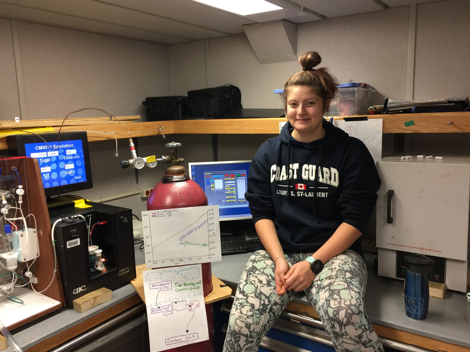 The day that we left the ship, we were unable to fly home due to a storm and so we ended up spending a night in the hamlet of Kugluktuk. Everyone was so friendly and we were welcomed with open arms into the community. Despite all of the hotels being full they made room for us in their own homes and toured us around the area. This was when it clicked for me. This one night following a one-month long research cruise is when I realized why this trip was so important.

Being a marine ecologist, I study the interactions between species in food webs and think a lot about how climate change and human impacts will affect these connections. That being said, I don’t tend to think very often beyond the boundaries of my system, acknowledging how these changes will then impact humans. In urban areas we are in a sense buffered from the impacts of climate change. We are surrounded by so much infrastructure and technology that we can keep ourselves comfortable and well fed even in the face of stressful conditions but this isn’t the case for everyone. Northern communities, for example, rely on the natural resources that surround them and climate change is altering the availability and accessibility of these resources. Climate change is causing large declines in the extent and the age of sea ice, sea levels to rise, shore lines to erode, and changes in weather patterns.

These changes are having direct impacts on communities but are also reducing their ability to utilize the natural resources around them. Sea ice, for example, is important for food security, transportation, and mobility in the north and declines in the cover and integrity of this ice due to warming will have increasingly large impacts on communities. The reality is that northern communities, such as Kugluktuk, are being disproportionately affected by climate change with little capacity to buffer it’s impacts. I think that as humans it is important for us all to recognize that we are all dependant on the environment despite any separation that we have constructed. We need to work together, and use the knowledge that we have about how the world is changing to halt and mitigate the impacts of climate change. Perhaps it is time to make changes big enough to create solutions and not leave behind our connection to nature. 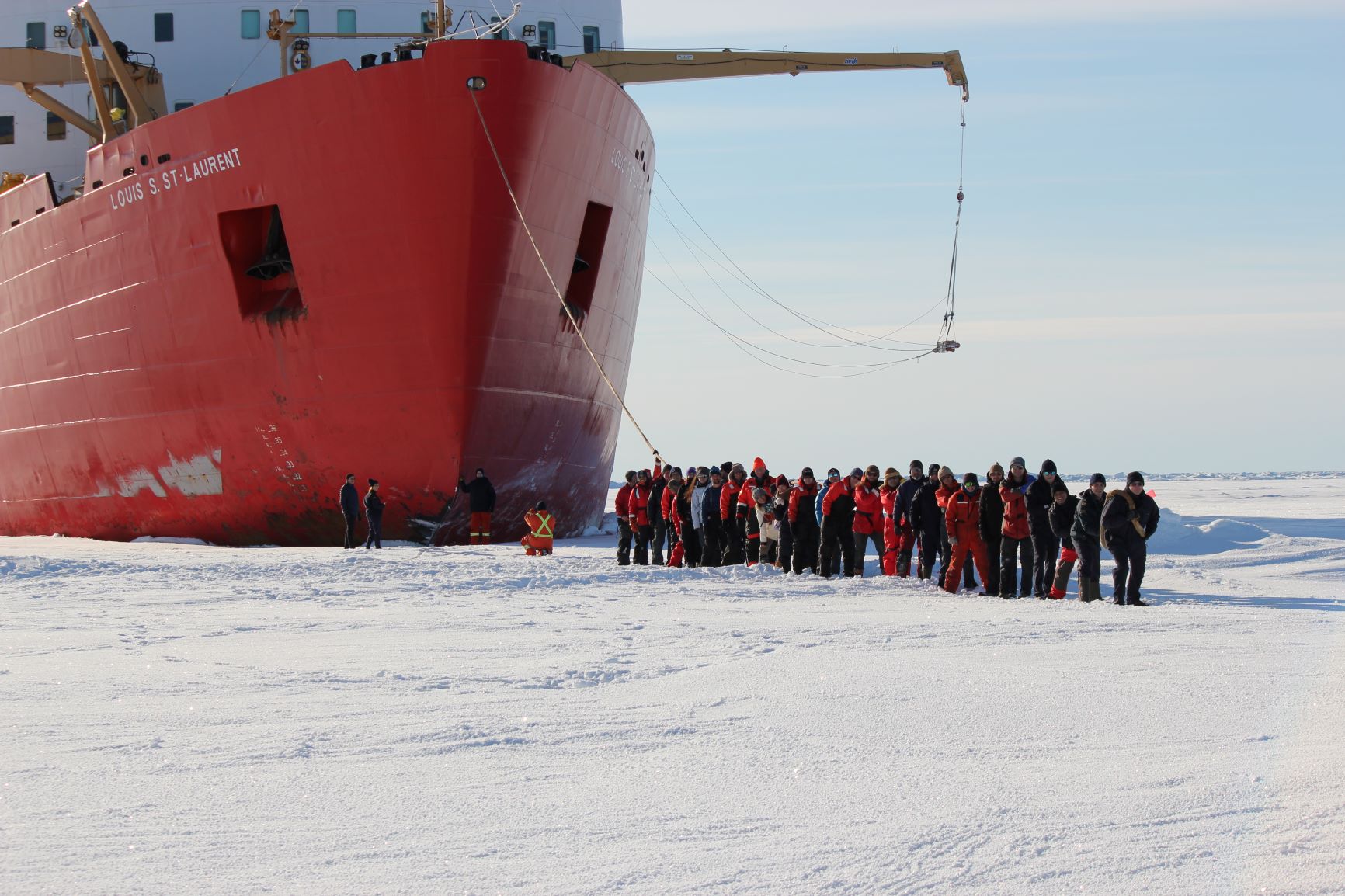 I would like to thank the Ocean Leaders program and the DFO Institute of Ocean Sciences for giving me the opportunity to participate in the 2018 JOIS cruise. I would also like to acknowledge all of the crew aboard the CCGS Louis S St Laurent for all of their hard work in running the vessel, supporting the science team, and for all of the great conversations had!