Before looking over at domestic foxes, let’s begin by considering what may be our oldest domestic companion: the dog. Dogs are naturally inclined to socialize with people, and as anyone with a pet dog can attest, they thrive under human care and affection. Though certainly some dogs are better-behaved than others, generally they do not require any sort of initial taming to spur this love of human companionship – this behaviour is genetic, as a result of an incredibly long period of domestication. 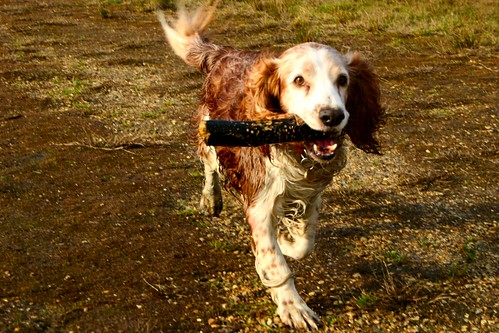 Dogs have been our beloved companions for thousands of years. (Source)

This genetically-linked behaviour means that a domestic dog will not give birth to a litter of pups that need to be tamed in order to be appropriate human companions. That behaviour has been passed down in their DNA, and is as much a part of them as their floppy ears and curly tails – traits that may actually be linked to friendly domestic natures.

Back in the 1950’s, geneticist Dmitry Belyaev noticed this pattern of particular physical traits appearing in domestic species, and believed these traits were genetically linked to the unifying characteristic of domestic animals: tameness relative to their wild ancestors. He planned then to breed a previously undomesticated species, and hypothesized that these morphological characteristics would appear spontaneously in the population if he selected only the most docile animals. His subject of choice: Vulpes vulpes, the silver fox. 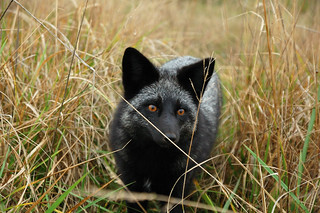 The beginnings of a remarkable experiment; Silver foxes are colour morphs of the classic red fox. (Source)