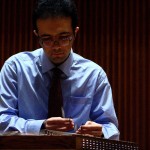 Ali Narimani is a astronomy graduate student at UBC. Ali facilitates the labs we run in our introductory “Astro 101” course. While developing an activity about the motion of the Sun across the sky, we were trying to figure out why students should care about predicting the equinox. Ali excitedly said, “…because of Persian New Year!” He’s a great TA who cares about helping students learn and about his Persian culture. He emailed this story of Persian New Year to all the astronomers in our Department on Sunday, March 20, 2010, the day of the Vernal Equinox. With his permission, I’m posting it here.

Persian New Year is celebrated at spring equinox of the northern hemisphere. Today at 4:20pm, we will start our new year which is also the first year of a new decade. Our new year does not start at a certain time of the day each year, but we should tune ourselves for the moment of equinox. (which is on March 20th at around 4:20pm, this year)

Traditionally, member of the family sit around a table called “Haft-Sin”, meaning “Seven S”, some minutes before the start of the new year and pray for a healthy, wealthy, and happy year. The table is called Seven-S because there should be 7 different objects on the table starting with the consonant S:

I have attached a picture of this table: 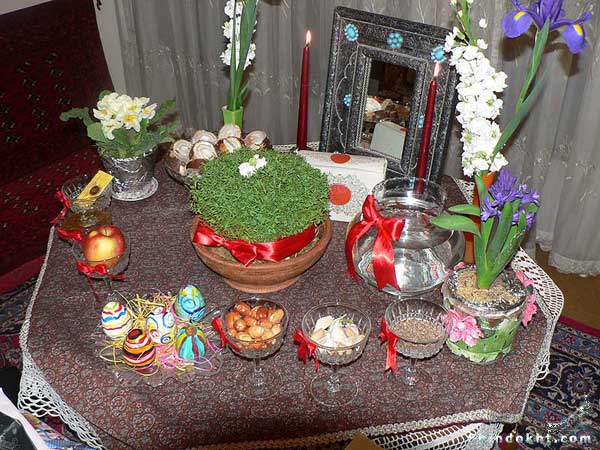 Right after the new year time, the usual part of celebration is hug and kiss, and the most fun part for the kids is to receive their new year gifts. New year holiday lasts for 13 days and during this period members of the big family (including all Aunts & Uncles) go to each other’s place for a visit. Younger members should visit elders first. The fun part of these short visits is that everyone wears nice new clothes, and again the kids receive some gift from their aunts and uncles. (the definition of Kid is a little vague in here since my grandmother still likes to give some “new year money”, kept in Quran for a couple of days for holiness, to my 65 year old father as new year gift).

Find me on Twitter @polarisdotca
View all posts by Peter Newbury →
This entry was posted in astro 101, outreach and tagged astronomy, education. Bookmark the permalink.