The past few weeks have not only featured lots of Halloween candy and even more cookies (Cranberry-Lemon were a big hit), but we’ve also made quite some progress as we approach the end of the semester and the first demo of the suit.

We modeled and 3-D printed our first prototype for the case, managing to fit in the Arduino and the voltage dividing circuitry. The circuit was soldered onto a XBEE board –  that was the smallest prototype board that we could find that was  still large enough for our circuitry. We’ve also added circuitry that now allows us to read the battery level, while still powering the Arduino. 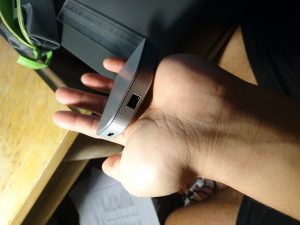 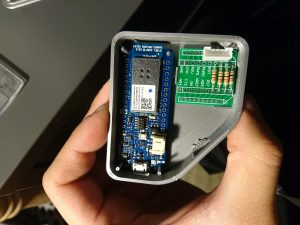 Our team was able to set the IP address of the Wi-Fi module by sending a command from the MAX msp program across the wireless network. We’ve added features so that users can also query for battery level, baud rate from the MAX program. To make the module more user friendly, the WI-Fi module now has a LED indicating the status of the communication state. 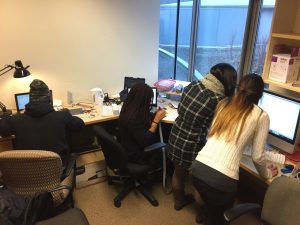 We’ve ran a couple of quick tests to confirm that we can read data from the suit and the battery while battery powering the Arduino. More on this in the coming week as we put everything together and do out final testing and modifications. 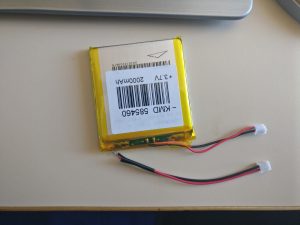 One last thing! Lesson of the week, make sure the polarity on your JST connector wires match the ones on the battery – apart from feeding the Arduino power the wrong way, side effects may include frustrated engineering students.