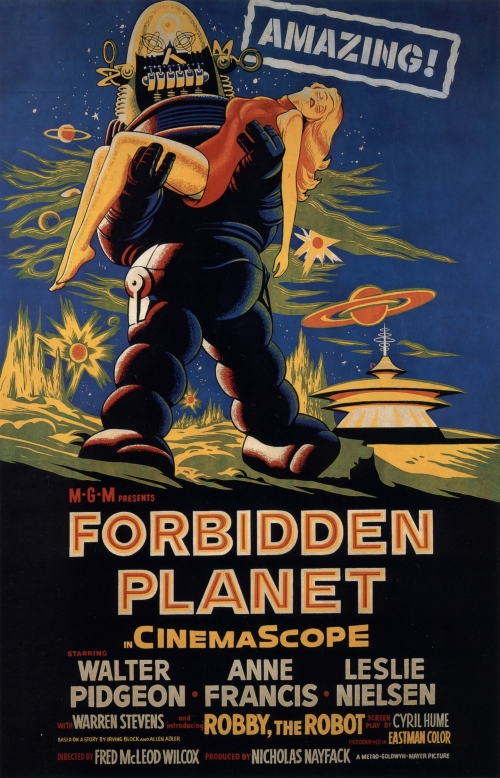 This film poster reminded me of the “raygun gothic” / Googie architecture that we briefly looked at yesterday; it’s playing Thursday night at Vancity Theatre as part of Spark FX ’09 (http://www.vifc.org/films/special.htm). I can’t explain it, but I find something in the 1950s aesthetic very appealing, probably the use of color.

Also, because nothing beats a retro trailer that basically tells you the entire plot: 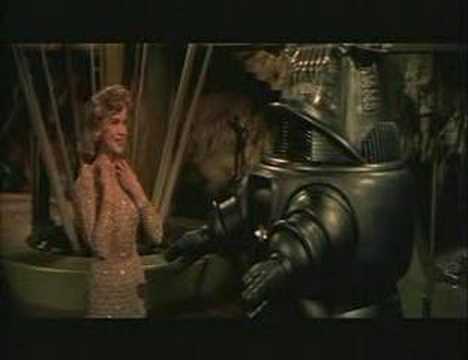 Just thought I should add a little something about retro-futurism (from the wiki http://en.wikipedia.org/wiki/Retro-futurism):

“Retrofuturistic design is a return to, and an enthusiasm for, the depictions of the future produced in the past (most often the 1920s through 1960s), both in science fiction and in nonfiction futurism of the time, which often seem dated by modern standards.[1] The ideology combines retrogradesociopolitical views with techno-utopianism. […] A great deal of attention is drawn to fantastic machines, buildings, cities, and transportation systems. The futuristic design ethic of the early 20th century tends to solid colors, streamlined shapes, and mammoth scales. It might be said that 20th century futuristic vision found its ultimate expression in the development of googie or populuxe design. As applied to fiction, this brand of retro-futuristic visual style is also referred to as Raygun Gothic, a catchall term for a visual style that incorporates various aspects of the Googie, Streamline Moderneand Art Deco architectural styles when applied to retro-futuristic science fiction environments.”

What interests me about this is how even the “future” can seem dated when viewed through the lens of cultures past, as we were talking about in regards to Bladerunner… forward thinking directors and designers try to keep this in mind. Thankfully, most don’t, and we can have a laugh at representations of a future that we are supposedly living in right now; I once read a hilarious article about the things that we need to invent right away to be up to speed with the 2015 as envisioned in Back to the Future Part 2. Guess what guys, there are only 6 years left before we all have hoverboards!