Ferrero—the maker of Nutella—was first to the chocolate hazelnut spread market in 1964 and has dominated ever since . When Hershey’s released an identical spread earlier in January of this year, however, Quartz business news suggested that “it might not be long before Americans are spreading Hershey’s, not Nutella, on their toast”. Almost a year has passed, yet the gap between Nutella and any other chocolate spread remains unchanged.

In my class readings I learned that it is a mistake to challenge a clear leader of the market head-on in an effort to displace it—which is exactly what Hershey’s is doing. In a market where Ferrero’s Nutella has dominated for years, it is only natural that the chocolate hazelnut spread lover in all of us compares every new similar product to theirs. A second-place company offering a similar value proposition at a similar price has to work twice as hard to shift consumer opinion.

So what can Hershey’s do?

Instead of trying to displace Nutella, The Hershey Company should spend the same amount of effort claiming a new, unoccupied position. Perhaps they can produce a healthier alternative and market their spread as the healthiest chocolate hazelnut spread.

Until Hershey’s claims a new position or repositions Ferrero’s Nutella they are simply wasting their time.

Check out a super official review I found on youtube: 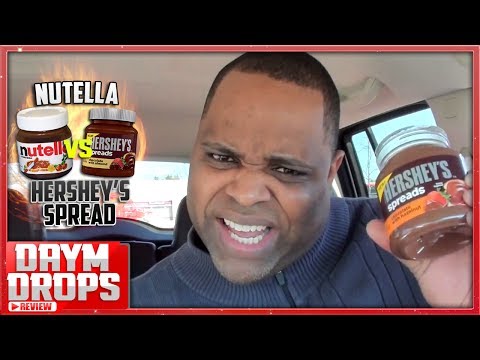