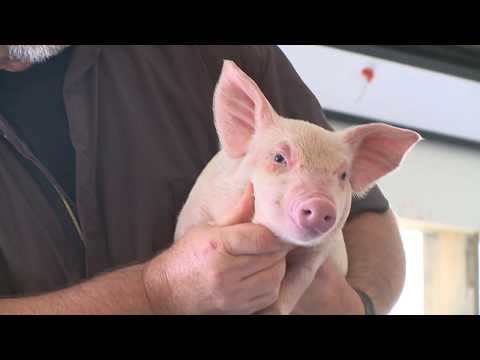 “Instead of actually mounting a defense of some of the uncomfortable realities of modern, large scale, industrial pig farming, Smithfield puts on its corporate rose-colored glasses, cuing up a chirpy, lilting female narrator to deliver a distorted, idealized version of pork production. The videos, which were shot at farms in North Carolina that are contracted with Smithfield’s livestock subsidiary Murphy-Brown, glaze over controversial issues, fail to mention bad things, use misleading words like “organic” more than once and present beguiling half truths.”