Because Every Adequate Voter Expresses Respect (BEAVER) for Politicians

The state of Canadian democracy is in decline, as voter turnout rates are woefully low, and slipped in Ontario to less than one in two — a rate unseen since confederation!

This decline reflects that Canadians are more likely to treat politicians as punch lines rather than persons to respect. 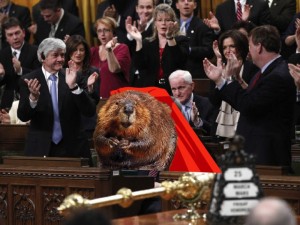 In response, I devote this page to the many reasons elected officials generally deserve our respect. (See my blog post in this subject).  There is no doubt we will always need auditors general, judges, the media and others to scrutinize what politicians do, and how they spend tax dollars on our behalf – just as we must scrutinize activities in the financial sector, among doctors, police officers, teachers, etc.  In any profession, the odd bad apple betrays our trust and the authority of their positions.

But more generally, let’s all acknowledge there’s a big difference between the armchair coach and the one actually standing on the bench.  It is easy to critique from the cheap seats where most of us sit, including me.  It’s far more challenging to interpret the actions of others, including politicians, with charity.  To approach them with a genuine interest in learning more about what constrains their legislating in ways you or I make may think makes common sense.

To get us started, here are some key reasons to respect elected officials. Please add yours in comments below.