Tree pathogens cause some of the most devastating forest disease epidemics. The chestnut blight, Dutch elm disease, white pine blister rust, and sudden oak death are the best-known examples, but are only the tip of iceberg. Most of the severe forest disease outbreaks take place either as a result of anthropogenic activities that favor pathogens (eg, logging, dense plantations, monoculture, etc.) or because of the introduction of exotic invasive tree pathogens. Our research cover a breadth of topics on tree diseases, including genomics tools to decipher the make-up of pathogens and better detect and identify them, population genetics and genomics to identify patterns and sources of outbreaks, and host-pathogen interactions and tree genomics to identify resistance. 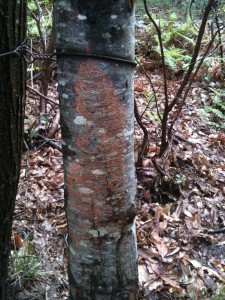 We conduct genome sequencing of multiple tree pathogens to identify the unique and common features that can be used to explain their characteristics. We’re particularly interested in comparing closely related fungi that are responsible for different diseases to identify unique genomic factors. Two pathogens that we are currently comparing are the poplar canker caused by Mycosphaerella populorum and M. populicola. While the former causes stem cankers that cause severe damage in poplar plantations, the latter only causes minor leaf necrosis. 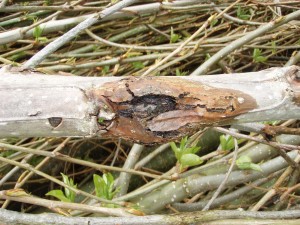 We have identified several genomic determinants such as CAZYs and secondary metabolites that are unique to M. populorum and have expression patterns that are consistent with this pathogen adaptation to its ability to attack woody tissues. 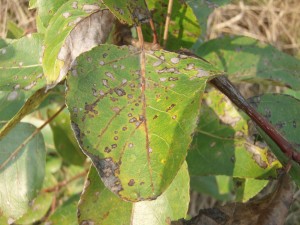 Population genetics have provided a great set of tools that has allowed us to address questions regarding sources and origins of disease outbreaks, patterns of reproduction. We found that genetic diversity patterns in scleroderris canker and white pine blister rust, two pathogens introduced from Europe during the past century, indicate multiple distinct introductions. For white pine blister rust, multiple introductions in eastern North America resulted in a highly diverse pathogen population, compared to the narrow genetic pool in the western populations. Given that different pathogenic races are present in eastern and western North America, this has implication for management of the disease. 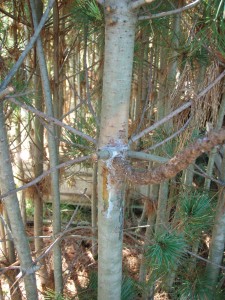 Detection and biosurveillance of tree pathogens

Prevention is the best way to avoid devastating tree disease outbreaks. Early detection, followed by eradication and surveillance represent the best way to achieve this. DNA detection technologies have made it possible to exploit genomic resources to develop targeted assays at various hierarchical levels. We pioneered the use of polymerase chain reaction to detect tree canker and root pathogens and to identify races of pine pathogens. We have developed multiplex assays targeting multiple genes that have been used in hundreds of thousands of tests in regulatory laboratories.