Kony is the biggest internet meme ever. Don’t know what a meme is? A meme is a word invented by Richard Dawkins 35 years ago to label all those cultural units that are at some point contagious between individuals. Urban legends, religions or sayings are memes. What’s different know is that with the Internet, this memes spread much easier and faster than before.

Okay, so Kony 2012 is the video campaign with the faster growth ever (it took much less time that Susan’s Boyle to reach 70 million views), and what’s more, it got 5 million dollars within its first 48 hours online; not to mention the whirlwind of opinions, for and against, that it has unleashed. 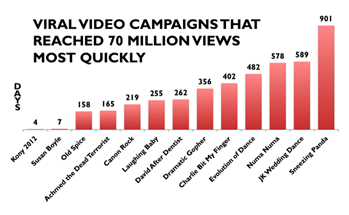 But beyond the opinions for and against the issue, I would like to analyze the key factors that I think that made that video go viral and grow in such a fast way.

#1. The most important thing is that the video tells the viewer something very impressive and moving that he or she does not know yet. It’s something so touching and unfair that makes him or her feel the urge to transfer it to other people so that they also know about this situation.

#2. It has a clear call to action and an expiry date that makes feel more important the fact that one really has to share the video with others, because time is running out, and something has to be done about it!

#3. There are celebrities in it.

#4. The video is explained in a very simple and understandable way, some would say sometimes simplistic, but I think it’s thought to transmit a very clear idea, and to make the viewer think that the solution can be simple. A more complex situation would always be more difficult to solve.

#5. There’s a cute kid very sad about the situation.

#6. This movie is thought to target a concrete part of the global audience: young people. It has cool music, cool logos, very cool effects and editing; and you can even buy your own cool Kony 2012 Action Kit with a bracelet you can give to a friend and everything! 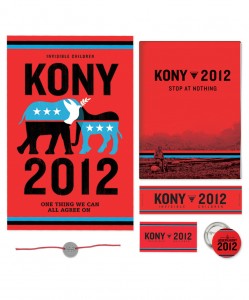 #7. Did I mention the cool friendship bracelets?

#8. It’s a quite long movie. Not as long as a documentary, but 30 minutes is enough to make the viewer understand that’s not a commercial and that this issue is important.

So pay attention marketers, you could use all or some of those features to make your online campaigns go viral as easy as Kony did!