Portfolio Summary of Week One: 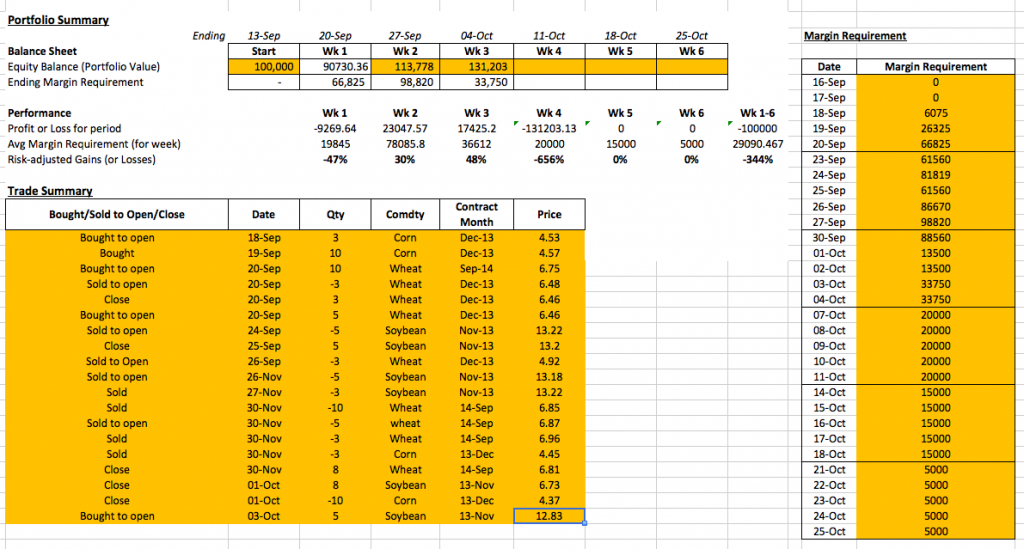 Finally, I sold all my corn. The total lost of my corn future is $11,075. I, however, learnt a lot. Yes, I have to say thank corn, although you let me lose so much money. (It is not real money, but I still feel disappointed^_^).

The lesson I leant from this tragic trade:

Be Fearful When Others Are Greedy and Greedy When Others Are Fearful. This is a famous saying from Warren Buffett. The saying is really easy to understand, but it is hard to be practiced. Because I am the newbie of the market, I cannot be so rational. I missed 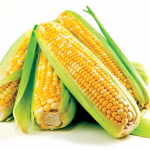 many opportunities to sell the corn at a better price. I always want to get more profit, even though I know it is not a good time to hold the corn. (Do I look like a gambler?) Also, I am afraid of suffering more loss so that I sold my corn at really low price, although I felt the price would rebound a little bit after its price collapsed on Monday. (Do I look like a coward?) Greed and fear can explain the reason of my huge loss on corn future.

The reflection of other things I did from this week:

You do things when the opportunities come along. I’ve had periods in my life when I’ve had a bundle of ideas come along, and I’ve had long dry spells. If I get an idea next week, I’ll do something. If not, I won’t do a damn thing. This is another saying from Warren Buffett. It can conclude other transactions that I did this week. After the prices collapsed on Monday, I covered all my short position corn and soybean futures that night because I had no idea what would happen in the following days. Although it was not the best price of the week, as a risk adverse, I thought that covering the contract and holding cash might be good decisions after price dramatically went down. On Thursday morning, I bought 5 units soybeans and hoped to sell it when the price rebounds. I probably have to set up a stop price since midterm week is coming (so many due days!!!) and I will not have enough time to watch the market.

Highlight Events of this Week:

Here comes the most boring part of my blog — news announcement.

I found another news, “Commodities Market Impact Weather 10/04: Wet and Chilly Weekend”, that might be helpful for my trading decision of next week. Weather, as one of the most important variables of commodity market, undoubtedly influences decision-making. Rain in the soybean production areas may delay the harvest. It expects that the price of soybean future will rise, at least in a short term.

The US Government Shut Down The US government closed its doors on Tuesday because Congress could not reach a deal on a temporary spending budget bill. This is not 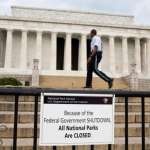 the only fiscal crisis looming for the US economy. The debt ceiling is another and more serious issue of the economy. Because the US federal government has never defaulted before, it is hard to accurately predict how severe long debate over debt ceiling will effect the recover of the US economy.

PS: How can this event influence the agriculture commodity 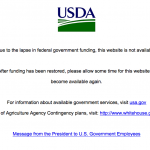 Next week, I plan to watch other commodities, like milk or cattle (if I have more time). I am a little bit tired of watching wheat, corn, and soybean.