Most of the time, when a shark smiles at you, it’s all a big misunderstanding. Behind those teeth (two rows!!), large jaws (I could totally fit in there), and beady eyes (demonic), is a threatened creature, just like that poor panda on the World Wildlife Foundation’s logo. Despite what a certain Australian surfer might tell you, sharks generally won’t re-enact the entire Jaws script the moment they sense human limbs in the water – and more people agree with me than ever before.

And here’s a video, if you still don’t believe me:

Forty-two years after Jaws was released, we are finally beginning to recognize sharks less as dangerous, and more as fascinating top predators. Significant campaigns from non-profit organizations, aquariums, and conservationists have pushed for sharks to be at the forefront of the conservation battlegrounds. With ¼ shark species on the IUCN Red List, shark populations are becoming increasingly more affected by human activities. 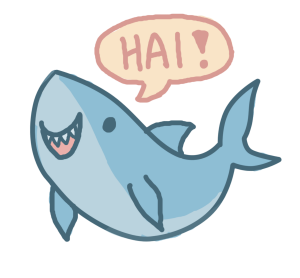 Humans impact sharks primarily by fishing, when targeting another commercial species and sharks are caught by accident (as bycatch), or being captured specifically for their fins. The finning industry commonly involves fisherman stripping living sharks of their fins and discarding the bodies back into the oceans to save vessel space. The public outcry has been strong in regards to finning, especially after the conservation film Sharkwater was released in 2006. Sharkwater highlighted some of the numerous inhumane practices revolving around many shark species. Less advertised in the film, and to the public, is the number of sharks are caught as bycatch and discarded. 35% of sharks discarded from Canadian Atlantic fisheries alone will perish after being released from a line. Although it is possible to fish sharks sustainably, the amount shark fishing and shark bycatch must be strictly monitored and accounted for. Without careful regulation and intervention, shark populations will continue to suffer globally from human impact.

So, what can we do to change this?

Ultimately, it all comes down to attitudes. Public and consumer choices are important drivers that motivate policy makers in sustainable directions. Significant outcry and educated concern pushes local corporations and governments for policy/industry changes that benefit conservation. Therefore, recognizing sharks as interesting and beautiful creatures is a great prerequisite for initiating positive change. However, there is a significant disconnect between personal fascination and the extent of human environmental impact. To start solving the socioeconomic and ecological consequences we are facing due to shark population decline, we must start with our own attitudes surrounding our local marine environments. Talking to your peers and developing a relationship with the ocean stimulates conservation conversations (say that three times fast). You can also get involved with local non-profit organizations or environmental groups to spread awareness to others about our big misunderstanding with sharks.

Or you could just show your friends this picture, because it’s pretty cute too. 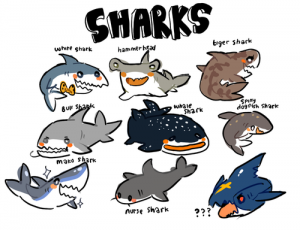