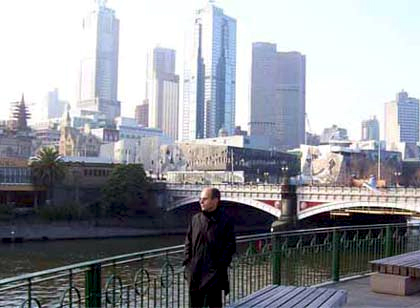 Trained as a comparatist at the University of Toronto (Ph.D., 1986), and having studied with Northrop Frye and been mentored by Marshall McLuhan there, I have spent my academic career questioning disciplinary boundaries. After early faculty positions at the University of Padua and the University of Bologna, thereby launching an international publishing and teaching career, I returned to the University of British Columbia in 1987 as a Canada Research Fellow, from which position I was hired to tenure in 1989 and promoted to Full Professor in 2002. Although I began my career as a Canadianist, the mentoring by McLuhan moved those interests in the direction of media theory, and I combined these two interests in my 2002 publication McLuhan in Space: A Cultural Geography (University of Toronto Press).  Counter-intuitively, I wrote about McLuhan not as the foundational media theorist that he undoubtedly is, but as a spatial theorist whose career could be understood as an extended interrogation of the ways in which shifts in mediation altered our perceptions of space and time. The book resulted in a number of invited presentations, including at the Royal Geographical Society (London), the Sorbonne Nouvelle, the McLuhan Salon of the Canadian Embassy in conjunction with transmediale in Berlin, the Hungarian Academy of the Sciences (Budapest), and, in 2011, during the McLuhan Centennial celebrations, I gave invited keynote lectures on McLuhan at the University of Marburg, the Christian Albrechts University of Kiel, the Institute of Sonology in The Hague, the Moderna Museet in Stockholm, the Goethe University of Frankfurt, the University of  Belgrade, and the University of Paderborn. I have authored or edited 9 books, most recently Speechsong: The Gould / Schoenberg Dialogues (2020), and Friedman House in a series published by UBC’s School of Architecture and Landscape Architecture. Remediating McLuhan was published in (2016), and On the Nature of Media in the same year, in English and in Chinese translation. I am also the author of Marinetti Dines with the High Command (Toronto: Guernica, 2014), a critical performance text. And since 1981 I have been curating the digital research resource spectresofmcluhan.arts.ubc.ca (established with SSHRC funding). I am joint Founder of the award-winning Cultural Spaces series at the University of Toronto Press; a Founding Board member of the UBC School of Journalism; founder of the International Canadian Studies Center at UBC; a founding member of the Canadian Association for Cultural Studies; a founder of the Critical Studies in Sexuality Program at the University of British Columbia; Co-Founder of the UBC Media Studies Program; Past President of the Canadian Comparative Literature Association; and a community gardener whose work has been featured in Monocle magazine. In 2008 I was Academic Convenor at UBC of the Congress of the Humanities and Social Sciences Federation of Canada, the major academic event of UBC’s centennial year. The largest conference in the history of UBC and the Federation, with over 9,000 delegates in attendance, the conference was convened on budget and set benchmarks for sustainability. Current research projects include Mediatic Shakespeare, which examines Shakespeare’s dramatization of orality, script and print in a number of his plays and poems (completed and under review), and “Kittler’s Apophrades: Marshaling McLuhan.”