Environmental disasters have an extremely short shelf life when it comes to public perception. It’s easy to make people care when there are pictures of oil soaked birds or acres of dead fauna, but once that visceral reaction wears off it can be hard to remind people how much destruction there really was or the lasting detriment to the region. It is easy for people to overlook the lasting impacts, assuming that once the immediate threat is gone everything goes back to normal. This is rarely the case. In certain situations, it is likely that things can get worse without people noticing. It’s probable that the failure of the Fukushima Daiichi Nuclear Power Plant disaster is one of those situations.

On March 11, 2011, a tsunami hit the coast of Japan, resulting in the largest nuclear disaster since Chernobyl. Massive amounts of debris and radioactive cooling water were released into the Pacific Ocean. Immediately after, groups like the NOAA started tracking and modelling the distribution of debris across the Pacific Ocean. 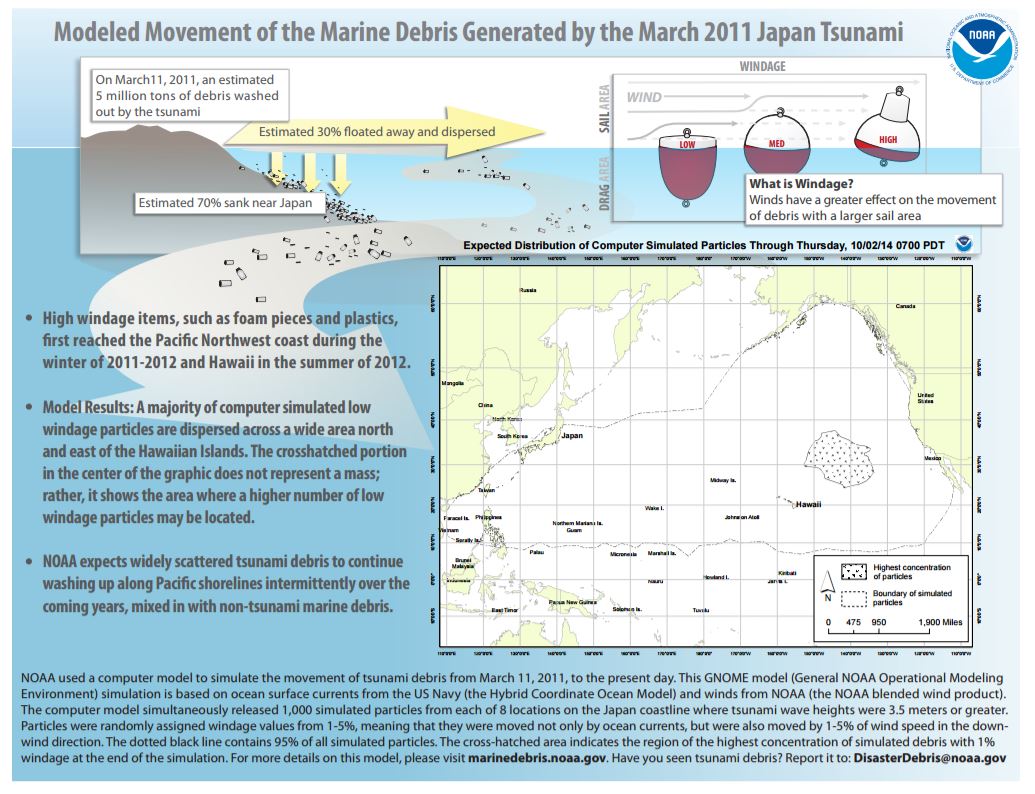 Image 1. Public outreach document by the NOAA about the General NOAA Operational Modeling Environment simulation of the distribution of Fukushima debris. 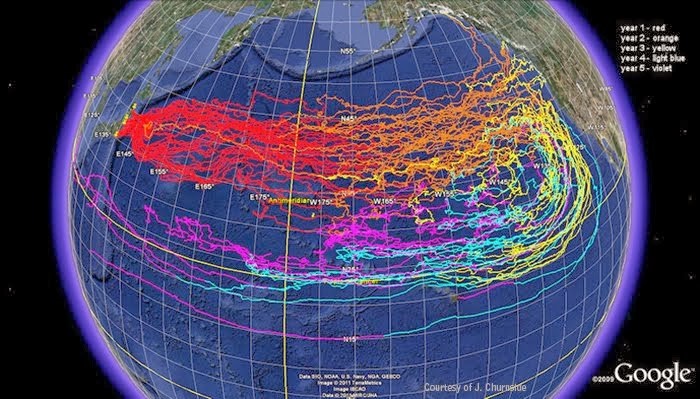 Image 2. Yearly distribution of Fukushima debris across the Pacific Ocean, courtesy of NOAA’s Office of Oceanic and Atmospheric Research.

It is significantly more difficult to track the distribution of contaminated water than debris, but evidence suggests that radioactive isotopes are now widely dispersed. Studies concluded that radiation from the disaster reached the Canadian continental shelf in June 2013. The levels measured along the coast pose minimal risks to human health, but it is over 7000 kilometres from Fukushima to Canada. What is happening in regions in between with elevated levels?

In June 2011, plankton off the coast of Japan were found to contain high concentrations of cesium-137, the radioactive isotope most associated with the Fukushima disaster. These concentrations were too low to be considered direct threats to human health, but the half life of cesium-137 is 30 years and as predators consume plankton, their internal concentrations increase. The accumulated cesium-137 may then be passed on to other predators. To what extent is this happening and in what regions? No one knows. No agency is monitoring the spread of low level radiation within Pacific fish stocks. It is impossible to know what health risks face fish due to increased radiation because no one knows which fish are experiencing those increased levels.

As of September, the $320 million Land-Side Impermeable Ice Wall constructed to contain the contaminated groundwater was still not functional. The wall consists of a ring soil, frozen by pumping sub-zero coolant through underground pipes, intended to create a barrier between the water surrounding the power plant and the ocean. Unfortunately, portions of the wall are still unfrozen and continue to allow the escape of contaminated water. Radioactive particles are still making their way into the ocean 5 ½ years after the initial disaster.

The Fukushima disaster isn’t over for the Pacific Ocean. Large groups of marine animals are still subjected to radiation exposure across a currently immeasurable distance, an until that is addressed there is no guessing how terrible this disaster really is.