A patch of unusually warm water in the Pacific Ocean, named ‘The Blob’ by scientists, has terrorized the seas, causing mass die-offs of marine animals like murres and cod. The Blob had been appearing in Pacific waters since late 2013, first spotted in the Gulf of Alaska. From 2015 to 2016, the El Niño climate event further exacerbated the severity of this warm watered killer. The temperature of The Blob was measured at around 2℃ higher than normal water temperature. By the end of 2016, the El Niña swooped in and cooled the ocean, getting rid of the monstrous Blob… or so it seemed. 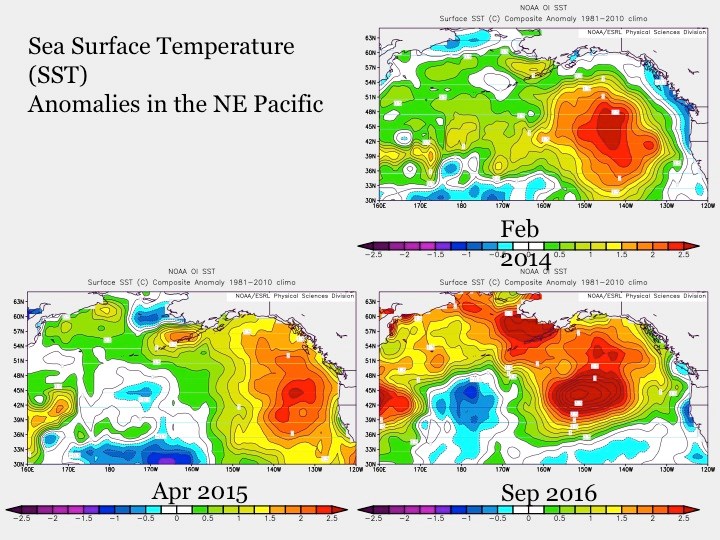 While it seems that The Blob had become a problem of the past, the full extent of the chaos and destruction it left has yet to show itself. Earlier this year, news broke that the deaths of up to one million common murres in 2015 to 2016, could be attributed to The Blob. The corpses were found washed up on the shores of Alaska, emaciated and seemingly starved to death. 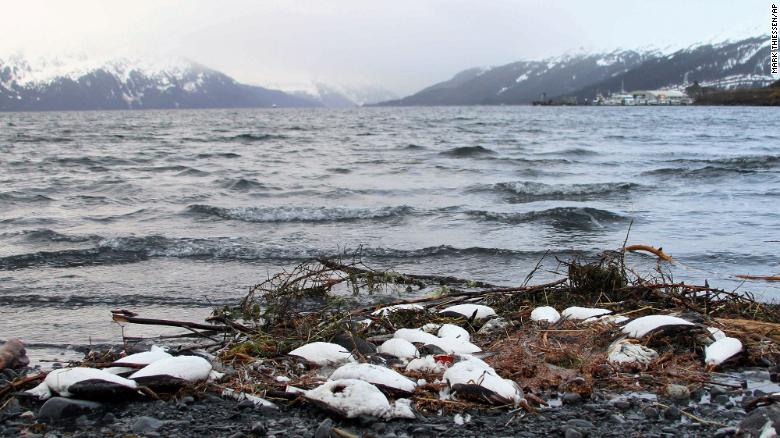 Common Murres washed onto the shores of Alaska in 2016. Photo by Mark Thiessen/AP

But that wasn’t all.

The Blob had claimed many more in its murderous wake. In 2017, Pacific Cod were found to have lost 70% of their population over 2 years time, losing over 100 million cod to the silent killer. From dangerous blooms of algae to washed up whale bodies, the Blob is considered the most likely suspect so far. The effects of the hot water patch in the ocean has caused many adverse effects by changing the species and distribution of plankton in the marine community, shaking up the entire food web.

While the Blob itself seems to have cooled down due to weather events like El Niña, there are lasting tremors felt in the ocean. Scientists are still working to figure out exactly how the Blob has influenced many marine communities. They know that primary production took a hit, that important resources like Iron became very scarce, and that many animals faced extreme reductions in their population. But what comes after is still a mystery. The populations of cod, murres, and whales don’t seem to be coming back to normal levels anytime soon. With the rate that global warming is occurring, other warm water anomalies like The Blob will only become more and more commonplace and our oceans will suffer for it. Just a few months prior, in September of 2019, another ‘blob’ was found off the coast of Washington state. An enormous marine heat wave, over 1 million km2, has also been spotted off the east coast of New Zealand.

As we ponder the carnage left behind by the Blob and the carnage to come from the other marine heat waves, we must also ponder how our neglectful actions have caused the Earth to change and resulted in effects we could never have imagined.

But, one thing is certain…

The Blob will be back.