Kelps are large brown seaweeds that thrive in nutrient rich temperate marine ecosystems. These giant seaweeds create underwater forests that are hubs for diversity and support many marine organisms by providing protection and food.

Kelp is important in shaping marine habitat, but it is also involved in our daily lives! It is used in a wide variety of products including food, fertilizer, animal food, medicines, toothpaste, cosmetics and even biofuel (SINTEF, 2011). 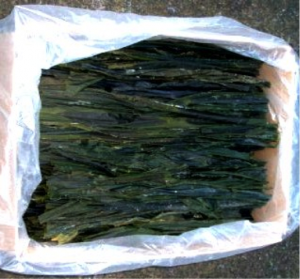 OK, so kelp forms important marine ecosystems and it’s in everything, but where are we getting it all from? Kelp and kelp products come from kelp farming. Kelp farming includes both the harvesting of kelp from wild populations as well as the culturing and harvesting of kelp.

Some have praised seaweed and kelp farming as being the least detrimental form of aquaculture (Folke et al., 1998), but does this mean it’s a good idea to farm kelp? 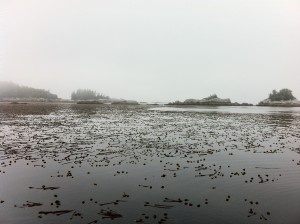 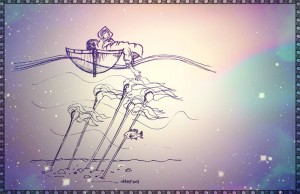 So what’s the verdict on kelp cultivation? Kelp cultivation has its benefits; it requires little or no additions of fertilizers or antibiotics (Bryceson, 2002; Johnstone and Ólafsson, 1995). Research has shown that kelp cultivation paired with fish aquaculture serves as a great way to decrease overall waste production of fish farming to lower the environmental impact because seaweeds are able to use the waste as a source of nutrients (Bourne, 2014). Although kelp cultivation seems to have some good qualities, but there has not been a consensus reached on the environmental impacts of large-scale cultivation (Buschmann, et al., 2014). The major concerns are if kelp aquaculture will modify interactions among local species, if the farms will increase the likelihood of disease outbreaks in nearby wild kelp populations and if the kelp farms would use up all of the nutrients previously available to wild marine photosynthesizers (Buschmann, et al., 2014). It has been documented that kelp aquaculture can have negative impacts on wild species interactions (Bryceson, 2002), but little is known about the impacts large-scale cultivation could have (Andrews, 1976; Buschmann, et al., 2014; Gachon et al., 2010). This makes it difficult to come to a conclusion about kelp cultivation when little is known about the environmental impacts. I prefer to err on the side of caution and would like to see more research published on the long-term impacts of kelp cultivation before I make a decision to support or oppose kelp cultivation. 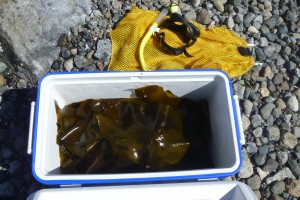