The Extractive Industries Transparency Initiative (EITI) is a global coalition of governments, companies and civil society working together to improve openness and accountable management of revenues from natural resource development.

Companies disclose what they have paid in taxes and other payments and the government discloses what it has received. These two sets of figures are compared and reconciled. Mongolia has filed fiscal reports for 7 years as has been an EITI compliant country since 2010. The most recent report from 2011 is here. 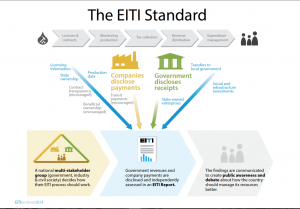 Flowchart of the EITI reporting process.

Mongolia’s mining sector is a major contributor to the national economy. According to the Ministry Resources Authority of Mongolia, mining represented 30% of GDP and 81% of exports in 2010. Major exports include copper, gold, molybdemum, coal and fluorspar concentrates. The Oyu Tolgoi copper and gold project is expected to account for one third of GDP by 2020. EITI implementation plays a key role in strengthening resource revenue management and transparency. 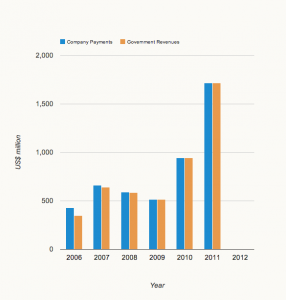 While the EITI reporting process worldwide is conceived as a step toward transparency and accountability by governments, companies and civil society, what is the real value of such a reporting process for these stakeholders in Mongolia? How can data from these reports be used to leverage lasting transparency in natural resource governance and investments in human development in Mongolia?

This 2014 Asia Pacific policy project will explore these core questions.