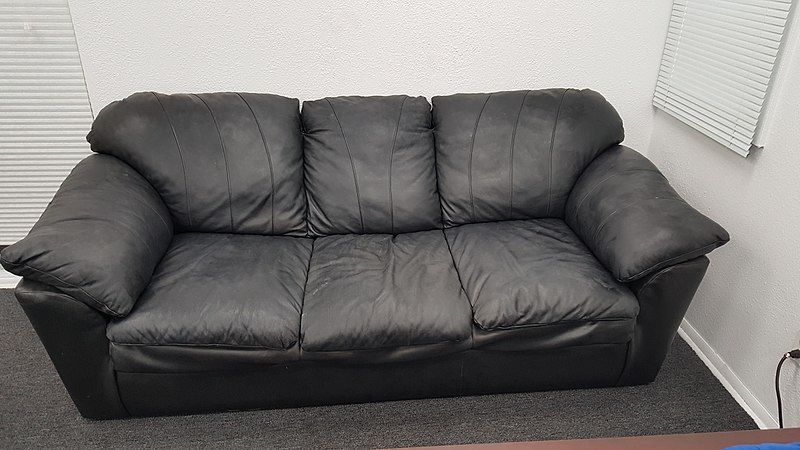 I walk into the bank and get in line. I’m wearing a silk blouse and flats, and when the teller notices he stands erect and waves me over.

“Hello miss, welcome to Red Sun bank. What would you like to do with us today?”

Blushing I respond that “I’d like to make a withdrawal,” then add in a whisper, “a fairly large one”.

Here the teller nods and suggests that “Perhaps we had better conduct our business in privates”. Close enough, I think, and consent. He steps out and leads me over to a wood-walled room with high windows of frosted glass.

Holding the door open he offers me a seat, then crosses to the other side of the desk. While he’s logging in to the computer and I size him up. I decide to spell out his nametag— “C-H-U-C-K. Cuck!”, I exclaim, hoping to turn him off.

“It’s pronounced ‘Chuck’” he laughs, and presents me with his machine.

I lean over and press my card to the screen. The machine beeps and Chuck’s fingers move back to his keyboard. The scene is going well so far; he looks relaxed and hasn’t made any advances. His fingers finish typing and bounce from the keyboard to the collar of his shirt. He starts to complain, something about the heat, and undoes the top button. I’m about to ask him what he thinks about his job at the bank, but when his fingers move down to the third and then the fourth button I stand up, tell him I left my money at home and leave.

That was the last time we tried using real people. After that, the director decided more successful shots made out for the extra money they spent on actors. There are still mistakes, but mostly we finish what we start.

I step inside a bar, sporting loose-hanging plaid with a pair of cowboy boots. The place is dark and empty except for Albert, who wears white and plays the bartender. I approach him with a thirsty expression and when he asks what I want I deliver my first line, “just a glass of water, and to get to know you”. He looks cool when he fills up a glass and responds “there’s nothing to know”, but then he spills the water on his shirt. This is when I take off my own shirt and offer it to him.

I spend the rest of the film comforting him the best way I know how. Again things are going great, until right at the end when I improv a couple lines and he starts to cry. Shit, I think, but then they cut the scene and some people in the studio give us the clap. When I ask the director if I did something wrong he tells me “No, that’s perfect baby, just like that”.

I’ve done a few movies since then and I’ve figured out that the shots are usually more mechanical when it’s all pros. The scenes get boring fast, the actions are sleepy, and even though the ideas push the envelope there is never much feeling behind them. Now I see the repeated roles: Teacher and student, patient and therapist, intern and boss. Setups like these are given titles like “Orgy of Emotion”, or even smarter sounding ones like “Anxious Pupils, Unctuous Professors” (I still don’t know what that means). They all begin with awkward discussions that lead into faked vulnerability and conclude with the expected climax.

The last scene I worked on changed this for me, made me want to write all this down. The director got the idea to do a girl on girl scene where we were both porn stars from the past, back when it was about sex, and named the thing ””. The director had us dress like they did then, and like everyone does now: I’m in a thong that’s barely a thong, and a strip of see-through spandex wraps around my torso to obscure my breasts. The other girl wears black short shorts and nothing else. We’re sitting close together, playing with each others hair like something’s going to happen, and everything is normal until we start talking about our work. The people we’ve been with, the poor performances of our previous partners, topics that today would qualify as friendly conversation but for the fact that the other girl looks even more indifferent than usual. So I do it again, start ad-libbing I mean, and the studio goes dead still.

We were in trouble when that one released, but we sold too many copies for any of it to matter. That scene became a catalyst. Other studios saw it and started producing similar films where all varieties of pornstars sit half naked and talk candidly about the contrast between the materiality of their bodies and the strength of their ambitions. Some of the bigger companies have managed to make it work with real people. You can never be sure from the videos if it’s candid, but they do it right there in the street for up to an hour. Since then I’ve learned to look for the rare flash of humanity, that self locked away behind the eyes.