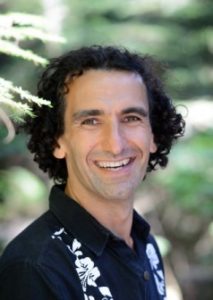 Simon Donner, the founder of Maribo, is an Associate Professor in the Department of Geography at the University of British Columbia (UBC) whose research focuses on why the climate matters to ecosystems and society. Simon is an associate in the Liu Institute for Global Issues, the Institute for Resources, Environment and Sustainability, the Biodiversity Research Centre, the Atmospheric Sciences Program and the Institute of the Ocean and Fisheries. Simon is also an Aldo Leopold Leadership Fellow and the Director of UBC’s Ocean Leaders program.

The goal of Maribo is to maintain an open non-partisan conversation about climate and global change. The site was named after a Kiribati word describing the waves that crash over the reefs protecting their low-lying central Pacific atolls from the sea.

The original site began in 2006, when Simon was a researcher looking for a way to reach outside the halls of academia for a polite discussion about climate change science and policy. This edition is managed jointly with the Climate and Coastal Ecosystem Laboratory, his research group at UBC.