A short documentary from VICE Canada looks at the recent forest fires in British Columbia and the role of climate change. There’s a terrific segment with UBC’s Lori Daniels on fire ecology and a few thoughts from myself on the big picture.

From the Summer 1997 issue of Ski Canada magazine, when odds of its author becoming a professor of climatology or a ski instructor were 1:1. This is re-posted from exactly two years ago. Since then, the Syrian refugee crisis has worsened. The Syrian conflict has become a humanitarian tragedy incomparable to others in recent history. Over 2 million people, 10% of the country, have fled during the ongoing conflict according to the UN.

While the proximate drivers of the Syrian conflict are a reaction to an oppressive government, the wave of Arab Spring protests, and other political, social and economic factors, a number of experts have argued that climate change, or at least climate, has served as a “multiplier”.

Links between climate change and the Arab Spring have been suggested for the past couple of years. High wheat prices in 2010-11, driven by droughts in Russia and China, may have contributed to the unrest in Egypt and the overall timing of the Arab Spring protests. In Syria, add on the fact that a severe drought over the past decade has devastated farmers.

From a UN Office of Disaster Risk Reduction report:

Poor and erratic rainfall since October 2007 has caused the worst drought to strike Syria in four decades. Approximately one million people are severely affected and food insecure, particularly in rainfed areas of the northeast – home to Syria’s most
vulnerable, agriculture-dependent families.

Since the 2007/2008 agriculture season, nearly 75 percent of these households suffered total crop failure. Depleted vegetation in pastures and the exhaustion of feed reserves have forced many herders to sell their livestock at between 60 and 70 percent below cost. Syria’s drought break point was the season 07/08 which extended for two more seasons, affecting farming regions in the Middle north, Southwestern and Northeastern of the country, especially the northeastern governorate of Al Hassakeh.

The drought drove internal migration to the cities, depopulating some rural areas:

The drought is causing a high drop-out rate, families left in the area who cannot afford, or do not want, to move are suffering. Some figures estimated the people lifted their villages to be more than one million people. Thousands of Syrian farming families have been forced to move to cities in search of alternative work after two years of drought and failed crops followed a number of unproductive years. The field survey that conducted by ACSAD/MoLA/UNDP in January 2011 showed that most of the houses on villages are left empty and less than 10% are occupied by old people and children, The younger generations left for thousands of kilometers seeking work.

While the Syrian drought, like any individual event, cannot be definitively attributed to climate change, the Middle East and the Mediterranean region is one place where climate models agree that drought is becoming or will become more frequent due to human-induced climate change. From Hoerling et al. (2012):

Naturally, these connections need to be viewed with caution. Climate change is not solely responsible for the Syrian drought, as natural climate variability and ill-conceived land use and agricultural policy clearly also contributed. And the drought itself is only one of many stressors that led to the crisis in Syria. The fact is we will never be able to precisely calculate the contribution of climate change to a geopolitical event or a humanitarian crisis.

Does the inability to provide a precise answer – the drought is 44% due to climate change – matter?

Inability to attribute events to climate change may make adaptation seem impossible. A solution is to not view adaptation as separate from other development activities. For example, the large aid institutions  recommend marrying climate change adaptation and disaster risk reduction. In other words, when working on a program or system to reduce future droughts, consider how climate change may alter the likelihood and nature of future disasters.

Right now, any of that would be a luxury in Syria. Dealing with the everyday humanitarian crisis is paramount. Hopefully, in time the crisis will abate enough to work on rebuilding people’s lives and improving the capacity to deal with future droughts. 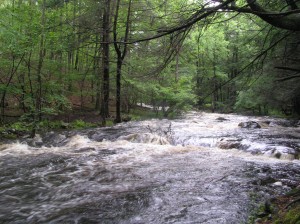 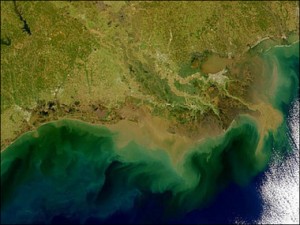