Medieval fiction is fond of expansive narrative “Matters”, shared universes that find their inspiration in the legendary past and are built collaboratively over decades or even centuries. But a Matter is not just a set of characters, themes and subjects: it also has ideological and aesthetic implications. The Matter of France, built around the semi-mythical exploits of Charlemagne and his warriors in their defence of the Christian faith, and the Matter of Britain, which focuses on Arthur, his Knights of the Round Table and their adventures, are two of the most popular representatives of this literary practice in the French-speaking world. They manifest themselves in different genres: chanson de geste on one hand and roman (romance) on the other. The romances of Chrétien de Troyes will form the basis of our study of the Matter of Britain (mainly The Knight of the Cart and The Story of the Grail). We will study the Matter of France through its most famous representative, the Song of Roland, as well as another lesser known song, the Voyage de Charlemagne. Through the study of representative works of these two Matters, we will see how aesthetic decisions and ideological choices go hand in hand, constructing narratives that express the contradictions and aspirations of 11th to 13th century medieval society.

Prerequisite
Second year standing or higher. At least 6 credits of English, or equivalent, is strongly recommended.

Note
Not available for credit towards a Minor, Major or Honours program in French. 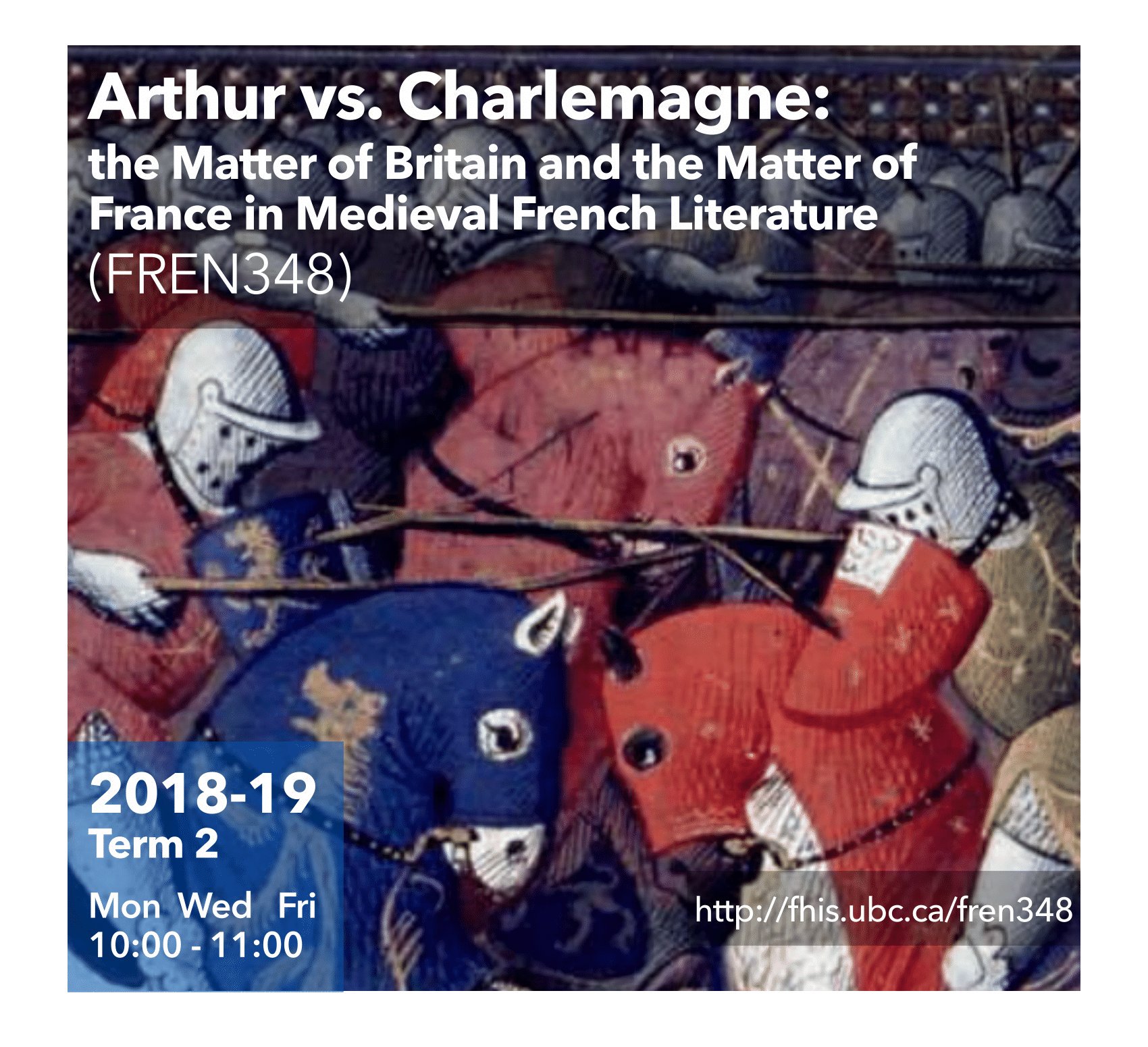