Into the Deep: The Fight to Protect Deep-Sea Ecosystems

The ocean covers around 70% of the earth’s surface. With 84% of that ocean area located below 2000m depth, the deep sea is the largest biome on earth and vastly unexplored. In recent decades, scientists have uncovered a previously unknown wealth of life in the dark depths of the ocean. Seamounts, cold-water corals, sponge fields, hydrothermal vents, and a multitude of other ecosystems are home to strange and mysterious creatures found nowhere else on Earth. As is so often the case with beautiful, diverse ecosystems, the deep sea has attracted a variety of harmful exploitative practices as technology has advanced. These fragile places are now threatened, not only by climate change but also by bottom-trawling, deep-sea mining, and a variety of other human activities. Deep-sea ecosystems, like the seamount off the coast of British Columbia, must be prioritized for marine protection before they become inhabitable. 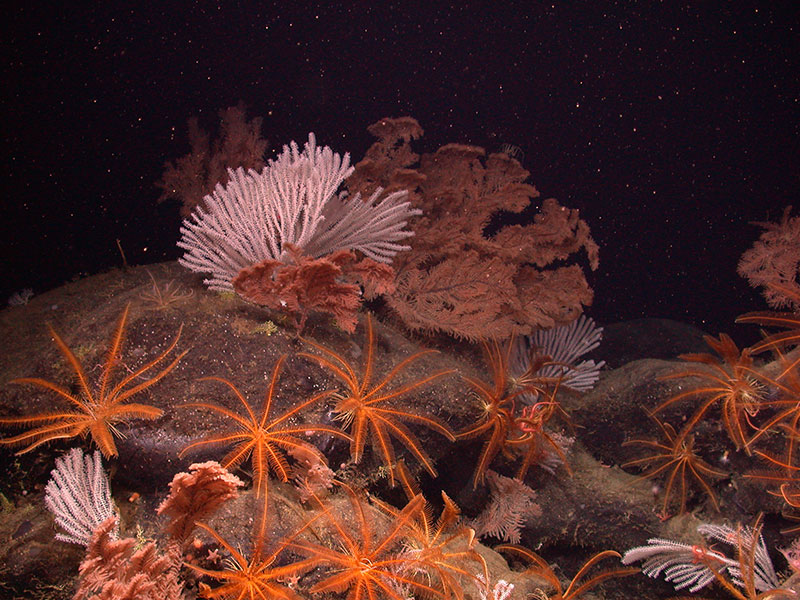 An Overview of the Issue

Biological diversity remains the cornerstone to healthy functioning ecosystems, and so it seems absurd that destructive fishing and mining continue to destroy deep-sea habitats. You might be asking yourself, what are we destroying these habitats for?  Simply put, bottom- trawling is favoured by many commercial fisheries because it catches large quantities of fish in one go. In terms of deep-sea mining, companies are turning to resources on the seafloor as terrestrial deposits are becoming increasingly depleted. The scraping of the ocean floor by trawls and machines can alter or destroy deep-sea habitats, leading to the loss of species and fragmentation or loss of ecosystem structure and function.

Now you must be asking, how is any of this allowed? Well, the scarcity of offshore protection due to a lack of jurisdictional interest and responsibility in the high seas puts deep-sea ecosystems at great risk. It is essential that these diverse and valuable resources are protected throughout our deep ocean for the common interest of ocean conservation and our long-term wellbeing.

In learning about the vast realms of deep-ocean ecosystems, underwater volcanoes or, to use a less flashy term, seamounts stand out as some of the most important habitats. These unique biodiversity hotspots are underwater mountains that have risen from the ocean seafloor, attracting an abundance of life including around 80 commercial fishing species worldwide.

The interest in protecting these areas hits close to home for British Columbians. About 150 kilometres off the coast of Vancouver Island is the Explorer seamount, the largest of dozens of seamounts located within Canada’s new Offshore Pacific Area of Interest (AOI) that the federal government considers turning into a Marine Protected Area (MPA). This 140,000 square kilometre area was designated as an AOI in 2017 with the intention of making it an MPA by 2020 however it has yet to be declared an MPA. Clearly, further progress is needed. 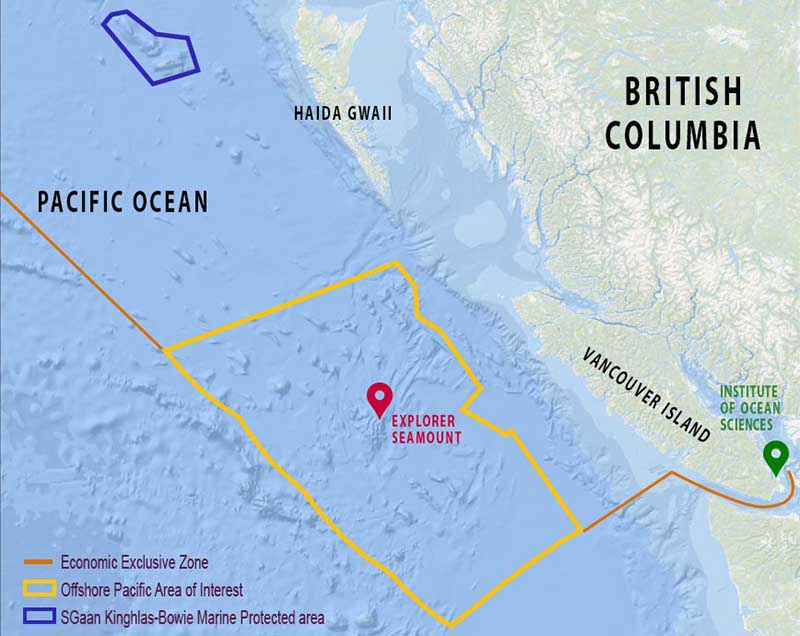 A map of the seamount expedition within the Offshore Pacific Area of Interest. (Fisheries and Oceans Canada)

There is an urgent need to protect all seamounts from destruction and at least 30% of the ocean beyond these seamount ecosystems.

1 thought on “Into the Deep: The Fight to Protect Deep Sea Ecosystems”