You might have heard the famous prophecy that there will be more plastic than fish in the sea by 2050 from the Ellen MacArthur Foundation Report.

You definitely have noticed the recent surge of plastic straw bans across the globe from mega billion corporations like Starbucks and municipalities like Vancouver, Seattle and even countries like Taiwan.

Plastic pollution in the ocean has been all the craze for the past year in 2018 and of course with any ocean conservation crazes, there are counter arguments against it. The arguments have been into two categories: potential discrimination against people with disabilities and the straw’s rather insignificance in reducing plastic pollution. 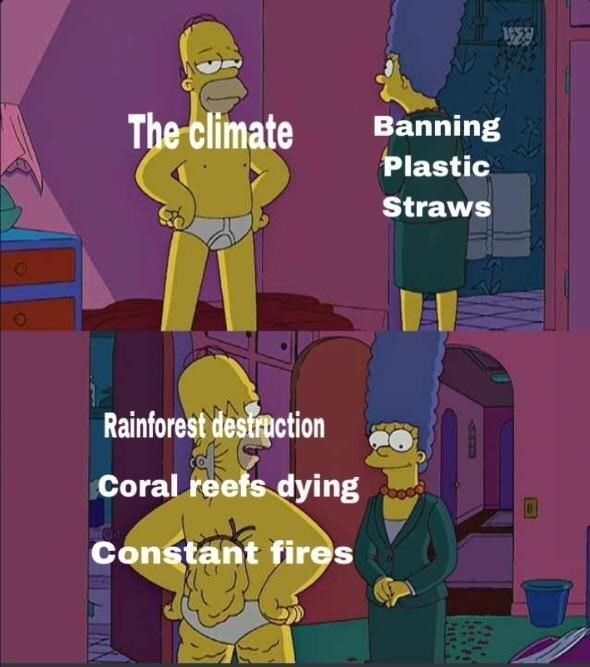 Experts say that plastic straw ban is not enough, we need to go beyond that.

Plastic Straws and Stirrers are consistently not in the top 5 in terms of plastic sources quantatively, so why not target cigarette butts instead? – says these anti anti-straw people

I agree with the legitimacy of these counter arguments, but I would like that the anti-straw ban is the crucial beginning in changing the overall endeavor to reduce marine plastic pollution.

I see the straw ban as the “starter plastic”, while insignificant quantitatively, can change the norm. Although the ‘plastic will outweigh fish in the ocean by 2050’ prophecy is factually questionable, but it has merit in predicting the effects of our continuing reliance on plastic without intervention.

Scientists have already found microplastics in 114 aquatic species and how its omnipresence led to the suffering of organisms (Royte, 2018). It is estimated that 275 million metric tons of plastic waste was generated in 192 coastal countries yearly, with 4.8 to 12.7 million metric tons entering the ocean (Jambeck, 2015). Given the projection that realistically assumes no drastic improvements on waste management infrastructure and the continuing reliance on plastics, this plastic input will steadily increase by an order of magnitude in 2025 (Jambeck, 2015).

It is then crucial to put the focus on behavioural change to decrease our plastic usage to have an immediate and direct improvements. A simple ban on a product that the public encounters in their everyday lives leads to individuals’ exposure and attention to climate change media coverage. This media coverage has a positive direct effect on pro-environmental behaviour and the change in environmental beliefs and self-efficacy (Huang, 2016). This is the start of the broad-scale and widespread approach that is needed to allow the public to question the prevalent throw-away culture and the overconsumption.

Despite the plastic straw ban being rather minor on the grand scheme of plastic waste management, it also engages the public in further researching and questioning of the policies. Government and organizations then could use these as promotional tools and actively market mitigation policies and efforts to induce more environmental actions by individuals (Huang, 2016).

We have seen the success of the plastic bag efforts in the past and how it has shifted public’s perception and behaviours. This straw ban is another effort that can change the current problematic norm through effective public engagement coupled with organizational changes.

Royte, E. (2018). We Know Plastic Is Harming Marine Life. What About Us? National Geographic. https://www.nationalgeographic.com/magazine/2018/06/plastic-planet-health-pollution-waste-microplastics/