In recent years, climate change has become an increasingly pressing issue. In fact, on September 23 2014 the UN headquarters in New York hosted the largest gathering of world leaders ever to address climate change. Though this summit was an enormously important event, unfortunately, the world’s oceans were not a part of the conversation (i.e. two thirds of the planet). I use this example to emphasize two points. First, how when discussing climate change, the ocean still remains little more than an afterthought. And second: that it is crucial for governments to work together in order to affect any kind of global change/action. 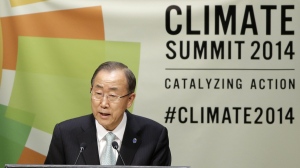 On September 21st the Clinton Global Initiative announced that it would be partnering with National Geographic’s Pristine Seas project. I believe this is a very important and exciting partnership as it will emphasize the protection of ocean life, and help to catalyze global action. The Clinton Global initiative convenes global leaders on an annual basis to create and implement solutions to the world’s most pressing challenges (1). With this partnership the protection of the planet’s species-rich marine areas will now also be emphasized as a priority amongst these world leaders. 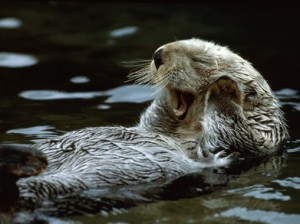 Some countries have already been working with the Pristine Seas project to create protected areas (for example United States, Chile, Kiribati and Costa Rica have protected areas that span more than 400,000 square kilometers) (2). This expansion has a goal of convincing governments to officially safeguard more than two million square kilometers of ocean (2). National Geographic reports that if the current campaign is successful, it will help countries meet the UN Convention on Biological Diversity’s target of protecting 10% of the world’s oceans by 2020 (2). 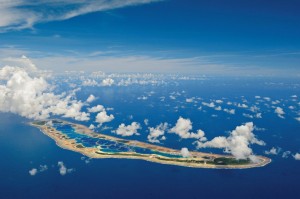 The waters around Caroline Island, part of the southern Line Islands in the central Pacific Ocean. Protected in part thanks to National Geographic’s Pristine Seas project. Photograph by Brian Skerry

In the words of Bill Clinton, “Preserving our oceans is essential for protecting biodiversity”. The joining of these two forces brings me great hope for the protection of our vast and diverse marine life.