Did you know that aquaculture is the fastest growing section of agriculture? It has grown a surprising annual average rate of 8.4 percent for 35 years! Aquaculture, also called aquafarming, includes cultivating freshwater and saltwater aquatic organisms. It’s playing an increasingly important role in global food production! Amazingly, more than 3.5 billion people depend on the ocean for their primary source of food! But with rising production, aquaculture negatively impacts the environment. Wild marine species are now forced to adapt to competition for space, conflict with predators, and pollution. Not surprisingly, these factors can impact local marine diversity creating problems for local community resources (Lucas and Southgate, 2012). 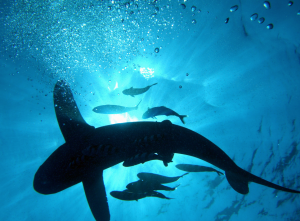 Interestingly, the severity of these impacts depends upon the species being farmed. Wild Atlantic salmon populations have decreased a shocking 80 percent in 40 years. Not to mention that they are at their lowest level in known history. On the other hand, in the North Atlantic Ocean, farmed salmon production has greatly increased (Rangeley, 2014). One may think this in unethical because the added pressure from the salmon farming is threatening the survival of the wild salmon. Wild salmon have plenty of purposes for example; they play a huge role in the food web acting as a food source of many bears. Additionally, escaped farm fish are taking over the sea and rivers where wild salmon are struggling for survival (Lucas and Southgate, 2012). Environmentally friendly measures need to be taken to minimise the challenges aquaculture is putting on wild salmon. More wild fish inputs and greater attention to salmon migration are required in order to prevent the extinction of wild salmon. 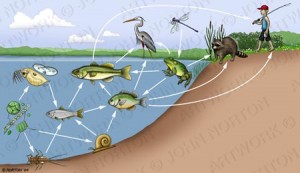 So what’s the sad news? Aquacultures are taking up the marine habitats of many wild fish! This means that wild fish are forced to find other habitats which may not be optimal for their survival. Fish farms often thrive at the expense of other marine life. Their high maintenance characteristics require them to have shelter to prevent damage from currents and storms. Even more, farmed fish need regular water flow for nutrient and waste exchange (Lucas and Southgate, 2012). Dreadfully, wild marine animals often lose their habitats through the building of aquacultures. Zoning policies should be a prerequisite for the development of aquacultures more often. This can contribute to the efficient use of space and minimizing the industry’s negative environmental impacts. Long term effects should be considered before construction because more than just marine life is being affected. 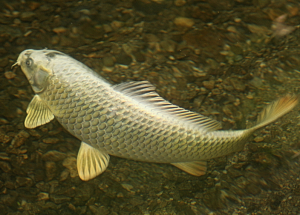 In summary, aquacultures put extensive pressure on marine life by forcing them to compete for habitat, adapt to pollution, and creates conflicts with predators. Certain marine species such as, wild Atlantic salmon are decreasing in numbers. Recognition and positive steps towards environmental protection for long-term sustainability of marine species needs to take place. Effective management and a balance co-existence between different users are needed to ensure environmental sustainability! What steps will you take against this impact?