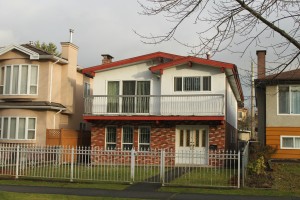 In Vancouver and surrounding areas, there are houses that share several physical traits and characteristics with the Vancouver special that are built in the 1940s. The style of the home itself predates the 1960s popularity and mass production of the Vancouver Special. With the goal of maximizing square footage, and reducing cost the Vancouver Special took a ‘box-like’ design, with a low pitched roof and a balcony in the front, and a large sun deck in the back, usually over a carport. Furthermore, the exterior of the house possessed a rather utilitarian aspect of brick or stucco, a low-maintenance option to surround the home.

As similar to other mass produced items, the Vancouver special does not vary significantly from other Specials. The location of the main entry door is usually the biggest difference in the variety of the home, with it being on the left, or right side of the house, or even on the side for a corner lot. The floor plans are almost mirrored images of each other with the kitchen and master’s bedroom being located towards the rear of the home, and dining room and family room towards the front of the home. 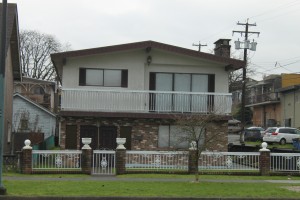 These homes were purpose built to reduce the cost of construction and increase the floor space. As a result of a Vancouver zoning bylaw that stated that when calculating maximum square footage of a home, one does not need to consider the basement in the calculations. Thus, builders were able to extend the home further than other designs being constructed at the time, therefore maximizing square footage. Additionally, with a low pitched roof, smaller trusses were used thus using less material, thus further reducing construction costs of the home.

While the design of the Specials was to maximize square footage and lessen the cost, the advent of monster-homes derived from the bylaw that allowed the Vancouver special to be created. Thus, these monster-homes received a negative reputation because they ruined the ascetics of the neighborhoods in which they were built. Which, in turn then caused Vancouver specials to receive a negative reputation because of their utilitarian like nature of purpose built design. However, there are also many individuals who like the idea of the purpose built home, mostly immigrants who predominately inhabited these homes. They loved the idea of having a big and new home that they could call their own, and with the unfinished basement they could have a secondary suite to help with the mortgage payments, or include more family members, or even have rec-rooms or a ‘man cave’. Additionally, first generation Canadians, who grew up in these homes look back and reminisce about the nostalgia that they have associated with these homes. 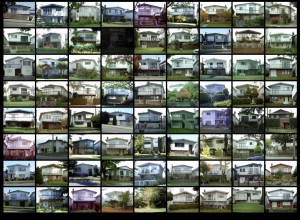 With the children who grew up in these homes now buying homes of their own, in a competitive real estate market, with soaring prices. The Vancouver Special is becoming more and more desirable because of their purposefully built character. With the option to include a secondary suite to offset the rather expensive mortgage payments of Vancouver today many new families are choosing to purchase Vancouver specials. Although the design of the brick and stucco exterior is rather dated, these new families choose to renovate their Specials to make it their own. Many choose a West Coast Contemporary Design while others choose to gut the interior and achieve a Scandinavian Interior design while leaving the exterior relatively unchanged. Some even go as far as to fully gut the home, leaving the pre-existing footprint, because of its sprawling nature and basically constructing a new home that is large, modern and purposeful for their needs.

Vancouver is a city of differing interests and viewpoints, ranging from the success of the Canucks, the effectiveness of bike lanes to the decade-old debate of whether to love the Vancouver Special or whether to hate it. But with similar constraints faced by the initial inhabitants of the homes arising today for new families, these homes are making a comeback and a resurgence in popularity.