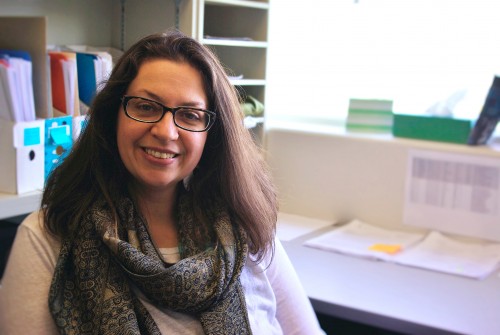 Tamara Baldwin is the Associate Director for International Service Learning at the Centre for Community Engaged Learning. She earned her Master’s in Poverty Reduction Development Management at the University of Birmingham and received her Bachelors in Sociology at the University of Windsor. In her spare time, Tamara is at the playground with her children, at the library, or imagining herself in far off lands where grandiose adventures take place. She also loves learning and consuming world news via podcasts, and on-line courses. Tamara is passionate about breaking the “comfortable space where our thoughts and actions are on autopilot.” She loves engaging with group of individuals who are inspired and prepared to take action!

Tamara’s 98 year old grandmother inspired her with her fiercely intelligent, quick to take action, and ready-to-laugh qualities. Tamara strives to follow her example on a daily basis. Ms. Miller, her supervisor during her time at McMaster University taught Tamara about the power of holding high expectations, communicating clearly, being principled, and never forgetting about the human inside the process. From her Tamara also learned about the critical balance of leading and managing. Lastly, Leah Asego, Tamara’s friend and colleague from Nairobi, who taught her entire career in government schools in an informal settlement. Leah demonstrated how staying true to values and beliefs that conflict with current systems and dominant schools of thought will not be the easiest path to take, but are some of the most important paths to follow.

Although some may believe that Canada’s wage gap is closing and the gender wage gap is not much of an issue, as women move towards their middle ages, the gap widens. Furthermore, if women decide to raise children, they are much more likely to take on higher proportions of childcare and household duties. Tamara is passionate about trying to change the systems that have perpetuated this gap. She is also passionate about addressing causal and spin-off effects such as housing costs, childcare costs, and views about gender roles and responsibilities. She is interested in seeing a different future for her three young children. Having the privilege of working in higher education in Canada, she sees daily proof of the power of education and the opportunities it can create.

Progress has certainly been made, as we stand on the shoulders of many women and men before us who have advocated and enacted new possibilities and opportunities. Tamara thinks the tricky part is celebrating the incredible people and work from history, while not becoming complacent. Poverty reduction and power are inextricably linked, she believes. Power shifts by making change to systems that hold the status quo. For this reason, seeing more women in leadership roles within patriarchal societies is a positive and an example of the significant progress that she hopes to see more of.