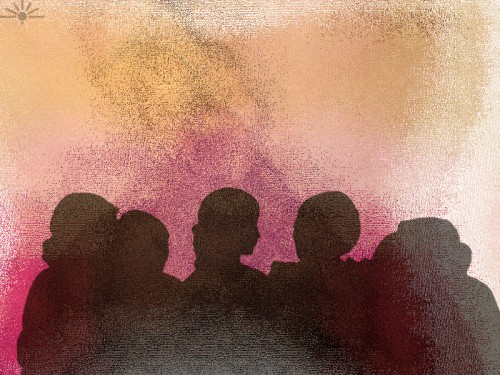 Activists have been raising awareness about the impact and gravity of intimate partner violence for years. It is slowly becoming a topic that is more readily discussed in the public sphere, but there are many misconceptions remaining. Victim-blaming narratives are common in media and public opinion, putting the responsibility on the person who is being abused. As an example, a common question is “why didn’t they just leave?” The reality is that these are complex situations and there are many factors that play a role in a person’s decision and ability to leave. In 2014, people who had survived abusive relationships started sharing their stories through #whyIstayed illustrating how prevalent the issue of intimate partner violence is and challenging common misconceptions.

Intimate partner violence is a serious issue, and while it is certainly not accepted behaviour this type of violence is often made light of. In 2013, 27% of all police-reported violent crimes in Canada involved intimate partner violence. These are just the cases that were reported to the police, people often don’t report when in these situations. Anyone can experience intimate partner violence regardless of race, gender, sexual orientation, disability, age or social class. But certain groups are more at-risk than others, women are abused in nearly 80% of the cases, the highest number of reported abuse is among women between 20 and 24 years of age. Studies have shown that LGBTQ2I folks experience much higher levels of intimate partner violence, and that persons with disabilities are 50-100% more likely to have experienced spousal abuse. Other minority groups are also more vulnerable, as an example, Aboriginal women in Canada are much more likely to have experienced spousal abuse than non-Aboriginal women.

Many activists are a part of these communities, and over the years they have worked hard to raise awareness about intimate partner violence and have developed resources and support services for people who have experienced abuse. But the attention has often been turned outwards, to the general population. What hasn’t been talked about as much is the intimate violence that happens within our own communities, and is perpetrated by people who belong to these communities. Through the zine that lead to a book, that conversation was finally brought up in The Revolution Starts at Home.

No matter the details of the situation, it is never easy to talk about having experienced violence in an intimate relationship. Not only does the stigma associated with intimate partner violence often make people feel shame and guilt over their situation, there are a host of other consequences that affects the person in many ways (and different people in different ways). People who are experiencing partner violence and are a part of an activist and/or minority community may additionally experience some unique challenges.

Prejudice and discrimination is a problem that many communities face every single day. There are countless negative stereotypes about people of colour, LGBTQ2I and other minority communities. By contradicting and challenging these stereotypes, the mainstream narrative will slowly start to shift. So unfortunately, when there are situations that either confirm stereotypes or may bring other negative attention to that community, some people feel that it should not be talked about. So in a case of someone experiencing intimate partner violence, they may feel discouraged to report in order to not damage the image of the entire community.

It can also be difficult to know who to report abuse to. Perhaps the victim doesn’t have a strong support system, it’s not uncommon for LGBTQ2I people to lose family and friends upon coming out. Additionally, many minority communities (e.g. people of colour, LGBTQ2I, etc.) have, at best, a shaky relationship with law enforcement and the criminal justice system. For some people engaging with the police does not help at all, or may even put them at greater risk of violence. In terms of the perpetrator changing their ways, rehabilitation may be more effective than punishment. For those whom the criminal justice system was never meant to serve, other methods of holding perpetrators accountable to their actions offer an alternative to the legal system. The Revolution Starts at Home shares several examples of times when transformative justice processes have been both possible and successful.

Intimate partner violence is a pervasive problem in our society, targeting folks who are already vulnerable. It’s a complex situation, but I think most will agree that it is an issue that needs to be destigmatized, and the responsibility of abuse should always be placed on the perpetrator – not the abused. In order to change societal norms and beliefs about intimate partner violence activists have to be ready to challenge those same problems within their own communities.

I highly recommend reading The Revolution Starts at Home. It is a great book for anyone interested in learning more about intimate partner violence in activist communities and exploring the ways that communities can hold perpetrators accountable. For those of you who would like to borrow the book, there is one copy at the UBC Okanagan Library and one at Vancouver Public Library. The zine that The Revolution Starts at Home is built upon is also available online.