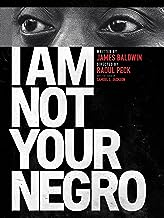 I Am Not Your Negro is a  powerful documentary that focuses on the systematically racist, anti-black American culture in James Baldwin’s society, and in America today. Narrated by Samuel L. Jackson, this film brings Baldwin’s works to life by exploring racism in America through his eyes, the Civil Rights Movement of the 1960s, and the systematic racism continuing to plague black Americans today. This documentary incorporates historic footage from the Civil Rights Movement, films from the Jim Crow era, and powerfully portrays this alongside contemporary American protests, race riots, and conflicts. What makes this documentary so impactful, is the way in which the issues that Baldwin spoke out against decades ago, are presented alongside the very violence, protest, anger, and turmoil still present in our contemporary society. This film can thus be beneficial for students, as it demonstrates how these historic moments are still relevant and present in our own society.  As this is a long film, teachers may choose to show certain parts of it that would most benefit students in understanding the roots of systemic racism. Teachers should likewise provide students with some context about Baldwin’s works, and the role of the significant figures mentioned in this film. I Am Not Your Negro would be most suitable for senior level social studies, history, or social justice courses, as there is some mature language and subject matter. As this film focuses primarily on America’s racial society, teachers may wish to compare and contrast this film with a Canadian work of literature to bring these issues into our local context for students.

This film portrays an Indigenous woman and her daughter who experience overt racial discrimination while simply riding the bus. In the film, this woman becomes distraught when her young daughter cuts off her braids, a symbol of her culture, because of the shame she feels when being targeted and harassed by a group of white teenage boys. The mother then takes a stand and confronts these teenagers about their hurtful, discriminatory behavior in a powerful manner. This film portrays both the impact that overt racism and racial stereotyping has on the mother, as well as her young daughter who becomes resentful and ashamed of her Indigenous identity. While this film was produced over twenty years ago, it is still a powerful, emotional depiction of Indigenous peoples’ experiences with racism in Canada. This film is an excellent resource for social studies educators to bring into a lesson that focuses on discrimination against Indigenous peoples in Canada, racial stereotypes, racism or systemic discrimination. As this is a short film, teachers can use this in junior social studies classes, most likely with grade 9 or 10 classes as this would best fit the curriculum requirements. Teachers should preface this film by providing students with context about these issues, to ensure that they have the necessary skills to conduct respectful discussions. Although the film’s outdated production may lead students to believe that these were issues of the past, For Angela can be a very impactful, useful resource, as long as teachers provide enough context, and prompt students to think about the continuity of these issues in our society.

After understanding the concept of anti-racism, educators must develop strategies to implement this into their pedagogy, the curriculum, and our education systems. By employing resources from diverse, marginalized voices into our classroom, we can promote anti-racism and create a learning environment centered around anti-racist values. In this blog, I have curated a list of many excellent resources, from books and articles, to films, websites, poems and more. These resources are aimed at better engaging students of all ages in these issues, and connecting them to current events in our society. Social studies teachers can use these resources to help explain, emphasize, and demonstrate what anti-racism is, how we can implement it, and how it relates to education and students’ lives outside of school. Most of the resources I have curated are for teachers to incorporate into their lessons for students. However, some of these resources aim to broaden teachers’ own understanding, specifically to help guide social studies educators in teaching through an active anti-racist pedagogy. Some of these resources may also be provided to students to explore on their own time, as teachers may be restricted by the curriculum objectives or specific course content they are expected to teach. Although many of these resources focus on anti-black racism, many of these resources can be applied to anti-racism in general, and can be brought into conversations about racism, discrimination, and oppression against all different groups and communities.