Pale white skin, bloodshot eyes, and tangled, long hair. A girl in a dirty white dress is standing at the end of the corridor. You are standing alone at the opposite end and the lights start flickering. With each fleeing second, the ghastly figure appears closer. You turn your back and start to run the other way, but then your face meets her… 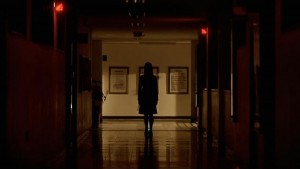 This is a common scene in many Asian horror films. When discussing the horror cinema industry in Asia, films such as Ringu (1998), Ju-On: The Grudge (2002), or One Missed Call (2003) take on the spotlight. Asian horror films, especially those made in Japan (known as J-horror), have played a huge role in the advancement of the movie genre. It is also worth noting that a few of these Asian films have been adapted and remade by famous film studios in the West. Having shocking, visceral and psychological effects on its audience, the genre has earned itself an infamous, disturbing reputation.

However, the horror genre’s goals are far from just evoking fear on its viewers. The elements that make up these national horrors not only give insight to a country’s history, but also its cultural identity and tradition. Known for its ability of political and economic allegory, these films convey an extended metaphor with hidden meanings about major issues through the use of symbols. They reflect national and global traumas, which often include political oppression, wars, and natural disasters; the list goes on. Over the next few weeks, we will analyze major horror films from Asia, examine their overarching themes, visual motifs, and finally, compare them to Western adaptations. Stay tuned for more, if you dare. This is the Asian Scare.

*Edit 11/20/2015: fixed incorrect information – the Ju-On franchise consists of 11 films, although only a few was released theatrically. The one I am referring to is the first theatrical release (3rd film in the series), released in 2002. The American adaptation was released two years after.