This story begins with a young orange skittle.

For as long as time it self, the purple skittles of Bag #1983738 were the chosen ones to be taken to a place beyond. The other felt powerless but life goes on. One day, Tim, a young orange skittle was playing around the neighborhood when suddenly he was lifted into the air. As he looked around him, all he could see were purple skittles. “You have the wrong skittle!” He shouted frantically, hoping they would realize their mistake and return him home, but they don’t.

So here’s the problem… 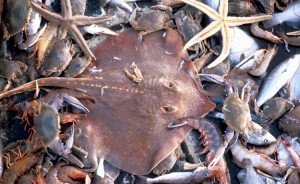 Obviously, that story is not real, but it serves as a good analogy to the current state of our fishing industry today. The phenomenon “Tim” experienced is called by-catch. And it’s a world problem.

Why? By-catch impacts populations and when dumped overboard, it is extremely wasteful.

I’m not going to sugar coat it, we Canadians are not very good at this. According to a study on Canadian fisheries management, our fisheries managers do not consider habitat impacts when making decisions (I don’t agree with the absoluteness of this statement, but you can bet money that they are not considering as much as they should) and only limited fisheries are managing by-catch.

On a global scale, the Fish and Agriculture Department (FAO) of United Nations estimates that 7.3 million tonnes of fish are being discarded (by-catch that no one wants) in the years 1992 and 2001. Trawl fisheries alone accounted for over half of total estimated discards while only bringing in a measly 22% of total landings (fish that were caught and brought to port).

Problem solved? Not really, but getting there!

All is not lost, stay calm and read on. 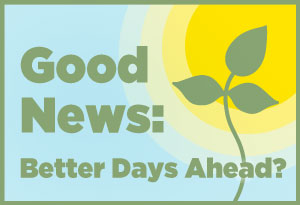 Stakeholders around the world are starting to recognize the need for action, with changes to fishing gear to exclude by-catch being one of the more reasonable adaptations.

There has been a number of successful fishing gear modifications which lead to a drastic decrease in by-catch. Some notable ones are the turtle excluder device (now mandatory in Australia) and the modifications to both gear and method during blue fin tuna purse seine.

By-catch is still a major problem despite new technology and methods aimed to reduce the problem.