A Costco in the US recently suffered some heat because they labelled the Christian Bible as fiction (you can also check out the hilarious Fox News opinion piece here). A pastor by the name Caleb Kaltenbach saw this as he was shopping for a copy of the Good Book and tweeted a photo of the book to his congregation with the label “14.99 FICTION” clearly visible. Costco later apologized and agreed to relabel it.

But is the Bible really fiction? Are all holy texts fiction? Fiction is defined as: “literature…that describes imaginary events and people.” Under this definition, all holy canons are indeed fiction–even if they are based on historical events that might have actually happened. Make no mistake, my personal religious beliefs will forever remain shrouded by the protective veil of the internet, for my goal is not to convert (either to religion or away from it) but to get people to think about common ideas in different ways.

With that said, sure the Bible may be fiction–but that doesn’t necessary mean it’s untrue. Just because something is fiction does not mean it is false. What do I mean by this? Reza Aslan, a prominent Middle Eastern scholar, once said in an interview that the way ancient Middle Easterners recorded history was very much different from our own. They were not concerned about recording mere facts–they were concerned with recording truth. But here I argue that this notion of history was not confined to that specific region, but rather to all ancient peoples.

An example of this is my favourite Greek myth, the myth of Prometheus. Descending from Mt. Olympus, the Titan Prometheus, whose name literally means Forethought, teaches humankind how to make fire, which enables them to make progress and create grand civilizations. However, as a result, he is chained by Zeus to a rock, where each day an eagle, the emblem of Zeus, is sent to feed on his liver, which would then grow back the next day only to be repeatedly devoured.

Unlike the Bible, there is no debate over whether the Prometheus narrative is fact or fiction–but does that mean it is necessarily false? Could we not compare this myth to that of Babel, for which no archaeological evidence has been found to prove its existence, or to the Leviathan, a giant sea monster which was said to have had no equal in power and size but has never turned up in the archaeological record? If taken literally, yes.

But Prometheus, I would argue, is true, for it displays something eternal and unchanging about humanity. Prometheus is man’s Forethought, for reason developed in us as one trait that raises the proto-man up from the dirt into the realm of higher cognition and separates us from the animal. Not only does our so-called Forethought allow us to create fire (something which only humans do in a sophisticated manner), but also to construct the grand civilizations that reflect our unbound conscience. But, as a consequence of being aware of ourselves and this higher thinking, in the same way that Zeus’ eagle tears out Prometheus’ liver (which was the seat of emotions in Greek thought), so too are our hearts gnawed on all day long by the fear of death, poverty, heartbreak, or other ill affliction. So too are we, like Prometheus, eternally bound to this fate that we cannot escape from, that at times we wish we could live in blissful ignorance like the animal, whose hand Prometheus has not touched.

So thank you, Costco, for labelling the Bible as fiction, for it allowed me to realize something deeper. It is that we are all Prometheus. Everyone of us is the Adam of the Garden of Eden; everyone of us are each of those builders who, in an act humanistic pride, attempted to build the great Tower of Babel whose peak would reach into heaven itself and proclaim to the world the power of humanity united. All of these texts, despite their divine characters, are not about some “other world” or how a pantheon of supernatural beings wreak havoc on their mortal pawns–they are about us.

That’s ultimately why these texts are truth as well as fiction. They are true because we are those texts. I have existed and will exist

I am the first and the last

Ever present and powerless

I am empty in voice

I am the voice of the empty

I am mute and cannot speak

Yet great is my multitude of words

I am knowledge, I am ignorance

I am shameless, I am ashamed

I am strength, I am weakness

I cause war, and I am what they fight for

I am unlearned, yet you learn from me

I am the one you have hidden from

Yet I am before your very eyes

For whenever you open your mouth, I hide from you

I am a sound not often heard

Drowned out by your sea of words

Endlessly spewing forth like a deluge of water from a hurricane

I am an empty gap of time, often stuffed with empty words

When it could be better used

And figure out what to say

I am an art

An art of staying still and being calm

Lost amidst a world of go go go

Were born into this world

Giving answers before you truly hear

Until the day you return into my realm. 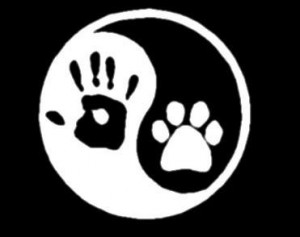