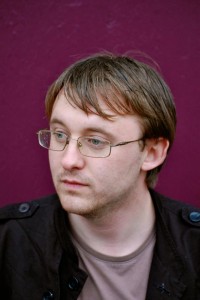 I’m Christian Hendriks, an iSchool MLIS student at UBC, Canada. I started this program in September 2012. Before that I got an MA in English Literature at UBC, and before that I got a BA in English Language and Literature at Queen’s University, Kingston, with a Minor in Religious Studies. During this time I studied mostly early modernist literature (often called Renaissance literature), with theoretical interest in Mikhail Bahktin, Stephen Greenblatt, Judith Butler, and Northrop Frye (the latter of whom I mostly disagree with, but still find interesting). Now, as a library science student, I am a research assistant studying a YouTube channel with Dr. Eric Meyers; during our research I spent just over a month reading and classifying about 11 000 comments. You can read more about that here. More recently I’ve been into postmodernist, Marxist, existentialist, and feminist philosophy; educational, existentialist, and personality psychology; and the anthropology of religious studies.

What else will help you get to know me? If you’re a Harry Potter fan, it might help you to know that most people would sort me into Ravenclaw, without question, but I’d request that the Hat put me in Hufflepuff. Among my favourite books are the Selected Non-Fictions and Collected Fictions of Jorge Luis Borges, Marilynne Robinson’s Home, Katherine Dunn’s Geek Love,  Linda Medley’s Castle Waiting, and Tom Stoppard’s Arcadia.* I enjoy amateur photography, webcomics, and natural history (among many other things).

My preferred pronouns are he/him, and I prefer to be called Christian, not Chris. Thanks.

In this blog, I anticipate thinking and writing about social media as something which can be read: What do different social media programs mean, or how do its technical affordances promote or restrict the kinds of things its user can communicate? Is it best thought of in terms of embedded values, philosophical assumptions, or cultural expectations? Can users find ways to work with or around the technologocial affordances so that, in their hands, these technologies mean more than they do on their own? What is the relationship between social media and the person, or organization, that uses it? How does one, or how can one, read social media? As always (I hope), my attitude here will be one of making offerings, taking risks, and asking hard questions, not stating opinions I take to be correct. Feel free to tell me if I’m wrong about anything.

I started this introduction with my own background rather than with the blog’s themes because, in a lot of ways, my overarching theme will simply be my own idiosyncratic approach to the topic. My education in English literature at the Master’s level included a great deal of critical theory which has informed my thinking about pretty much everything: I look at almost everything as a text which I can read using some of that critical apparatus. And my work with Eric Meyers on YouTube has involved consideration of both technical affordances and education psychology. So I will be bringing this work to any issues I’m thinking about. I also quite recently took a MLIS course in Library Planning and Design, so I have spent the last few months thinking about design issues. I suspect that all of this will impact my writing in the next few months.

* I would recommend all of these books. I’ll warn you, though, that Geek Love has a lot of pervasive problems, including very problematic depictions of people with unusual anatomies, but it is still brilliant with gorgeous writing. If you are looking especially for library-themed writing, I would recommend Castle Waiting, maybe Arcadia, and certainly the Borges.