I found this very helpful website that does a fairly good job of explaining the key basics behind the creation and intent of stereotyping Indigenous people all over the planet.   Here are a few key points made: 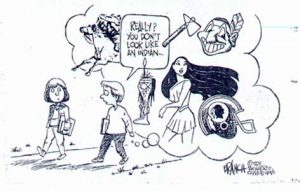