Hunting of an animal with the use of dogs has occurred throughout many periods of history. Records of hunting with dogs go as far back as societies of the Assyrian, Babylonians and Egyptians. 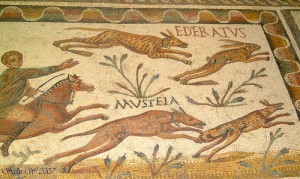 Foxes were not hunted for centuries, however, as many other animals were hunted into extinction in the areas throughout history, such as bears, beavers, wolves, and boars. It wasn’t until around the 1500’s that the first record of a fox hunt occurred in the town of Norfolk, England, where farmers would chase down foxes with a pack of dogs to protect their livestock.  By the 17th century, people began to raise packs of dogs specifically for the purpose of hunting small animals, such as hare and fox. Within the next century, packs began to appear that were dedicated for the sole purpose of hunting foxes. 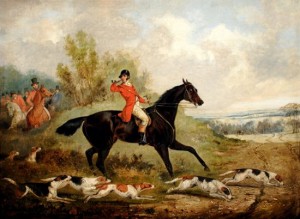 It was around this time that a class distinction began to appear in the popularity of the sport. As the rich began to move away from rural settings, opting to build large estates in the country side, fox hunting came to be considered to be a past-time for the noble.