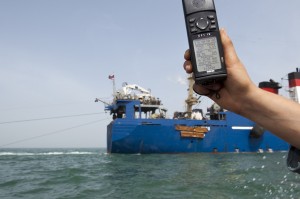 IUU fishing is a huge problem worldwide. Here are 7 facts to get you clued up!

• A recent study of 54 countries and the high seas estimates that the total value of current global illegal and unreported fishing losses are between US$10 billion and US$23.5 billion annually, though these values are known to be a largely underestimated.
• West African waters are estimated to have the highest levels of IUU fishing in the world with a total estimated catches being 40% higher than reported catches.
• In Sierra Leone, 70% of the population lives below poverty line and 46% are undernourished (Fish provides 64% of the animal protein consumed).
• The fishing sector provides employment for 230,000 people, a significant proportion of the 6.2 million population.
• An estimated US$29 million worth of fish is lost annually to piracy.
• To put things into perspective, one large trawler can catch as much as 250 tonnes of fish in on day, roughly what 50 pirogues (artisanal fishing canoe) can catch in a year.
• Because most of these trawlers are foreign, the citizens of Sierra Leone only see an estimated 2% of the wealth generated from these fisheries

How has this helped?

The EJF’s work in Sierra Leone has been a major success. There has been a huge reduction in the number of vessels illegally fishing in their waters along with the information collected leading to rejected imports of fish into the EU. They have also managed to use their information to pressure South Korea into putting forward legislation in their parliament to allow for better monitoring of their vessels. The project has also uncovered instances of horrendous living and employment conditions on the IUU vessels. Unfortunately the illegal vessels have moved into neighbouring waters such as Guinea where there is little to no monitoring.

5 ways that pirates have walked the plank… 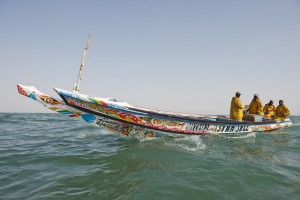 What are the impacts?

Impacts across the Seven seas

The work of the EJF has resulted in a series of laws to come into place in the EU to help prevent IUU fishing. These include catch certificates that have to detail where and when the fish was caught. The EJF’s work has led to South Korea pushing laws through parliament and a memorandum of understanding between the government and the EJF to better monitor its overseas vessels. Panama has also been warned about the need to better monitor its fleets and one of their vessels was fined US$200,000 for transshipping illegally.

According to self-reports, local communities have reported increased catches of certain species and increased sightings of sharks, an indication of an improved ecosystem health. From January 2012 to January 2013, there were no reports to EJF of illegal trawlers and local fishers reported an increase in fish catch and fish size. “Fishermen feel safe to go out again, and they are seeing larger catches and larger individual fish”-Steve Trent. Also, due to the reduction in foreign vessels, artisanal fishing communities have reported an increase in their ability to fish and consequently better job security. Artisanal fishers now have increased access to preferred fishing grounds. These grounds are also becoming more productive as there is less habitat destruction due to bottom trawling.

Where does EJF sail from here?

With the community onboard with EJFs work, they are increasing their scope to encompass fisheries management. They are encouraging local fishers to partake in citizen science. The sizes of fish, locations of catch and the total number caught are now being increasingly recorded. Such data allows for greater management strategies to be implemented. With full community engagement and decision making, EJF hope to establish a Marine Protected Area in Sierra Leone for long term protection. Additionally, the successes of the project and ease of replication mean that Liberia, Ghana and the Ivory Coast could soon deploy community surveillance to reduce pirate fishing within their waters.

One way to track illegal fishing vessels would be to force them to have International Maritime Organization numbers (IMO) These numbers stay with the vessel for life regardless of flag state, owner, appearance and use. It would prevent issues in finding illegal vessels that change their appearance during IUU fishing. It would cost around US$5 million a year to have a global database of fishing vessels. Forcing Vessels to have an active VMS (Vessel monitoring system), which constantly sends location, speed and direction information for tracking, at all times would allow for better monitoring and tracking of vessels. 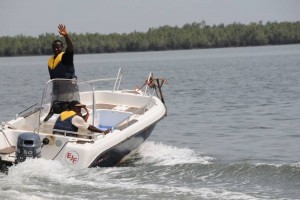 @jeremymayer5 – Jeremy Mayer is an international student from Africa at the University of British Columbia majoring in Ecology, Conservation and Human Sustainability.

@Toby_Buttress – Toby Buttress is an exchange student from the University of East Anglia focusing upon the Plant Sciences.

@evaisabellaa – Eva Regehr is a Vancouverite studying Behavioural Neuroscience with a minor in Biology at the University of British Columbia.

NEPAD (2012) Empowering Communities in Fighting Illegal Fishing on Sierra Leone’s Coast – Renewed Hope for NEPAD as the Agency Looks Back at Its Impact in the Last Decade.  http://www.nepad.org/system/files/newsletter/2012/11/nepad_newsletter_october_2012_pdf_16894.pdf (Accessed 16 November 2014)

Petrossian, G.A. (2014) Pirate Fishing Exposed: The Fight Against Illegal Fishing in West Africa and the EU. The British Journal of Criminology, 54, 73-90