My main interest outside of linguistics is Scottish dancing.

I started dancing in 1991 at the Jo Moore School of Scottish Dance in Cary, North Carolina. Although my first love is Scottish Highland Dancing, at some point I also started Scottish Country Dancing with the Raleigh Scottish Country Dance Society. While highland dancing is usually performed solo, and many of the dances developed as recruitment, training, or victory dances for soldiers in the Scottish army, country dancing is social in nature and more closely resembles American square dancing, contra dancing, English set dancing, and Irish set dancing.

In 2001-2002, I spent a year studying abroad in Edinburgh, Scotland, and had the privilege of doing both highland and country dancing with the Edinburgh University New Scotland Country Dance Society.

In 2003, I moved to Columbus, Ohio, and was both a teacher and a competitive highland dancer with the Columbus Highland Dancers and a country dancer with Heather ‘N’ Thistle RSCDS. I also danced with the Weaver Highlanders in St. Louis, MI (now King of Scots Highland Dancing & Piping).

In 2009, I moved to Staten Island, NY, and helped to found a new group of highland dancers in NYC, Shot of Scotch. I was also very active with the Reid School of Highland Dance outside of Philadelphia (hosts of the annual MRM Workshop), and danced with the RSCDS New York Branch and with the Thistle Hill Scottish Country Dancers.

I now live in Vancouver, BC, and am delighted to be dancing with the Vancouver School of Highland Dance (videos available here), as well as to have started up a Vancouver branch of Shot of Scotch. I have also danced with the RSCDS Vancouver Demonstration Team and am currently revelling in the amount of wonderful Scottish dancing that goes on in this city! 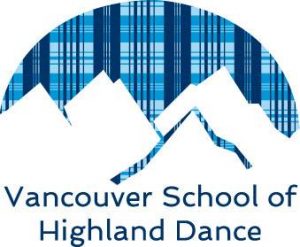