Mom, I’m alive, not lying in an Indian ditch. 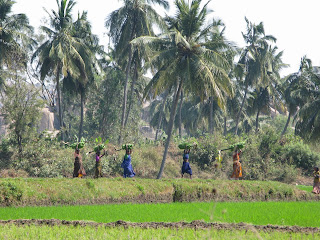 Where to begin? India is exhausting, I can’t even keep up in my journal. I have to write it in point form. So without further ado:
-I can’t afford toilet paper.
It has now become a luxury item. (In India, they splash themselves.) Admittedly it was because the local atm was broken. But it was still paramount.
-Train/bus station squat toilets no longer phase me. 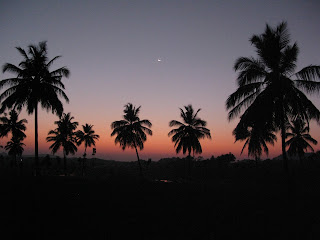 -We stayed 5 nights in Hampi, I spent a whole day just walking. Got very lost. Kept walking. Everywhere you go is ruins. Ornate temples. In the middle of no where. And boulders. We stayed 2 nights across the river where the sunsets from our hammock left little to be desired. We climbed 600 steps to Hanuman temple for a fantastic view of the boulders. This place goes on forever. We met a couple from Canada living in Berlin, the guy had raced a rickshaw from Delhi to Kochin. Read: the length of India. For shits. Or charity. Or was it a death wish?
-We saw 5-6 wild elephants, including a mother a baby. 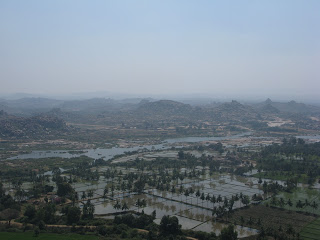 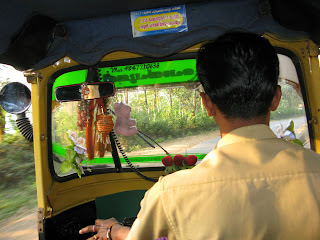 -In order to get to such wildlife preserve, we had a LONG haul. 10 hour sleeper train, from Hospet (near Hampi) to Bangalore, arriving at 630 am. Took another train to Mysore (4hrs), then rickshaw to the bus station where chaos ensued but a crippled beggar eventually pointed out a bus for us… which had no windows (bad sign?) More buses & rickshaws and many hours later. We reached Wayanad Wildlife Sanctuary. And found out it’s closed for several months.
…
BUT, as it was Keegan’s 19th, I wanted to spring for somewhere- less groady shall we say? So at the homely guest house Pachyderm Palace, sweetheart host Venu cooked us feasts for every meal (Keegan even got a beer on his bday!) While the next morning his son Dilleep took us on a jungle jeep ride in the early morning – on which we saw jungle fowl and bison (yes dad, chicken’s and cows exist in the wild.) A guide then took us on a 7 hour hike up through the mountains to awesome views and a cave with millions of bats. We also so black and maqaw (sp?) monkeys and a malabri (sp?) a small red jungle cat with a fluffy tail.
After dinner that night we, an artsy couple from UK who had hung out with us that afternoon, and all of Venu’s extended family PILED into the jeep and we went for a little safari, on which we saw the elephants and bison. Strangely we ended up at a circus. And I mean that literally and figuratively.  A church lit up like time’s square in the middle of the tackiest and most chaotic night fair you’ve ever been to. Like an acid trip…or what I’d imagine it to be. Corny games and junk food? Check. Tacky balloons and other such junk for purchase? Check. Hindus ROLLING and CRAWLING around a Christian church in order to get lucky? ….Check!? ….
….
Righto.
Moving on then.
We pulled another loooong travel day to try and find the coast. Maybe a quiet beach? I’ll spare you the details, but lets say we spend a lot of time on our ass. A days worth of CONSTANT honking takes a lot out of you. Roads are baaad. SO, avoid Indian transport if a) you have to pee, b) are not wearing a sports bra.
On a positive note, the bus wound through the lush Keralan jungle past many spice plantations.
Kappil beach was gorgeous. Deserted. Too bad by the time we got there the sun was setting and there was nowhere to stay. We stayed in a gem of a motel. GEM. Neither of us brushed our teeth. The sink was just- too beautiful.
Righto.
So we booked it to Mangalore to Moti Mahal. With a CLEAN pool, gym, and 3 restuarants. AND A SCALDING HOT SHOWER. We scrubbed.
Shopping in India is slightly less efficient. We never thought we’d long for a Wallmart. AIRCONDITIONING IS GOD. Indian stores consist of grimy stalls with a specific stall for everything. I.e. don’t think you can buy a pencil the same place you buy you soap!
All in all, we’re clean, and quickly planning our departure Northward.  To the cold. Real cold. None of this, its 35 degrees and Indians are wearing fleece earmuffs nonsense.
Things happen very quickly in India. You learn a lot. About you priorities, likes dislikes. I like cleanliness. And recycling. 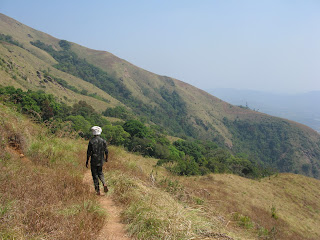 2 thoughts on “Lush jungles and spice plantations: Kerala. But we want the beach!”