Laura Moss is Professor of English in the Department of English Language and Literatures at UBC where she primarily teaches Canadian and African literatures, the literary and cultural history of Canada, postcolonial and anti-colonial writing, and the environmental humanities.

In April 2020, she began as the Associate Dean – Students, in the Faculty of Arts. In this position she oversees: 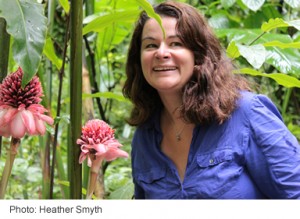 gency as well as the broader  history of arts culture in Canada. She currently holds the Brenda and David McLean Chair in Canadian Studies at UBC. In her McLean Lectures, she will discuss the relationship between Canadian art, literature, and increasing artistic activism around the global environmental emergency. Contemporary artists often look at the effects of human interaction, resource extraction, and economic exploitation on Canadian land and waters as they speculate on the effects of the tar sands on global warming, impact of deforestation on the ecosystem, the impacts of oil transportation on British Columbian riverbeds, the accumulation of plastic waste in the oceans, or the consequences of the genetic modification of crop plants on prairie ecosystems. Over the course of two evenings, Moss will consider scholarship in the humanities and social sciences about environmental issues alongside literary and artistic engagements that warn about contemporary social and cultural impacts of exploitative practices on the land and water. 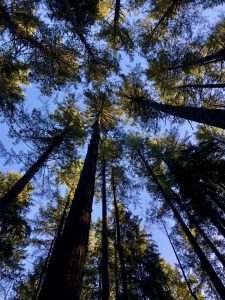 Laura Moss served as the Academic Convenor for Congress 2019, the annual Congress of the Social Sciences and Humanities. Congress 2019 was held at UBC from June 1-7, 2019 with the theme “Circles of Conversation” and with 10,612 people in attendance.

Between 2011 and 2018, she was also a contributing editor to the CanLit Guides project (see http://canlitguides.ca/).  Further, she has served on the advisory/ editorial boards of Studies in Canadian Literature, Commonwealth Essays and Studies (France), Postcolonial Text, and Ariel: A Review of International English Literature. From 2006-10 she also sat on the Canadian Federation for the Humanities and Social Sciences (CFHSS) Aid to Scholarly Publications Committee. Moss served as Chair of the UBC Canadian Studies Program and the Director of the International Canadian Studies Centre from 2008-2011. (see http://www.canadianstudies.ubc.ca/ for details about CDST at UBC).

Laura Moss is the co-editor (with Cynthia Sugars) of the two-volume Canadian Literature in English: Texts and Contexts (2008, 2009), the editor of Is Canada Postcolonial?: Unsettling Canadian Literature (2003), a scholarly edition of The History of Emily Montague (2001), and Leaving the Shade of the Middle Ground: The Poetry of F.R. Scott (2011). She has also published articles on the work of M.G. Vassanji, Salman Rushdie, Zadie Smith, Margaret Atwood, Chinua Achebe, Rohinton Mistry, and Antje Krog, among others, and has written on literary pedagogy, public arts policy in Canada, Canadian broadcasting, and public memorials in Vancouver’s Downtown Eastside.

One of its founding members in 2012, Moss has been an active member of CWILA (Canadian Women in the Literary Arts, see http://cwila.com/), serving on its board of directors (2012-14) and as manager of the jury for the Inaugural Critic-in-Residence in 2012. In 2013-14, Moss led the UBC  GRSJ-CWILA Research Network (see http://grsj.arts.ubc.ca/research/thematic-networks/ )(see also the UBC Institute for Gender Race Sexuality and Social Justice). 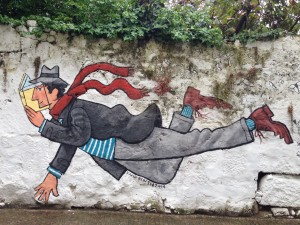 Her research has been supported by SSHRC, Killam, UBC, ASPP, and the University of Manitoba.

Laura Moss was awarded a UBC Killam Teaching Prize in 2013.