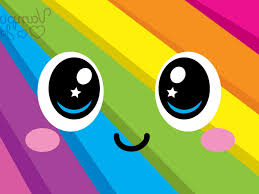 My experience with the marketing plan assignments has been a positive one as I’m blessed to work with committed group members for this project. I find that the random assignment of group members worked very effectively because we all have different perspectives and skills that make the team diverse and force us to think in different points of view before coming up with the final idea. I also find the three assignments very relevant to understanding the class material, especially in the aspect of applying the knowledge to a real company. It was definitely challenging to apply these concepts, but in the end it did help me improve my critical thinking skills, after all, the real point of classroom learning is to be able to apply it to the real world when we graduate.

However, the third assignment of making a video was quite a hard task for our group since we did not have a group member that excel at video editing or filming. We had to film multiple times due to technology problem, for example it took us very long to figure out how to properly import the videos into the computer. I feel that much of the time spent on making the video is unnecessary and does not aid our understanding for this class.

However, the team working experience has been amazing, as my group was willing to compromise each other’s busy schedule and we all made it through in the end. I learned that one of the most important aspects of team working that cannot be achieved by individual work is the clash of different opinions that made us learn from each other. Lastly, I feel fortunate to have Tamar as my marketing prof this term, as I feel that all the in-class activities and real life examples she discusses in class certainly helped me understand the importance of marketing in any company. In response to Diana’s post of “IKEA Richmond’s Chinese New Year celebration”, I personally can relate to this post because my family is a traditional family and certainly celebrate Chinese New Year every year since it’s consider as an important holiday to the Chinese culture. I think that Ikea made a smart move to target this segment in Richmond as we all know that Richmond holds a large Asian population. I agree with Diana that having the number 8’s in price and red color products will likely influence the consumer decision process of this specific target segment of Chinese consumers by culture from the social factors. As a result, Asian consumers may feel more bonded to Ikea as it celebrates the culture with them, thus increasing the chance they will shop at Ikea in the future as well as building a positive brand image by words of mouth within the community. I also noticed from the pictures that there are Chinese wishing words on banners and price tag, this can help improve the store atmosphere as being more positive and welcoming and influence consumers by shopping situation from the situational factors. I believe that Ikea can sustain this positive relationship with its Asian consumers by consistently holding a celebration for Chinese New Year in the future.

In reference to this external blog from brand channel, I am surprising to find that the water consumption in U.S. now passes the consumption of soft drinks. This may be due to the trend that obesity rates has been rising for the past decade, and thus people are now becoming more health conscious. To face this change, industry giants such as coca-cola and pepsi are offering their own product line of water to compete in the market. These big brands will certainly have an advantage over its competitors for their brand awareness, and loyal customers are more inclined to trust their brand thus continuing to buy products from them.

A while ago, we talked about in class how product packaging can transform a product to provide values for consumers, which is stated in the second article that “popularity was helped by the emergence of single-serve bottles that were easy to carry around”. In this case, simple tap water which can be accessed for free is being developed into a new product – bottled water. It is evident in the article that this product is now developing into a mature bottled water industry. In addition, new products such as enhanced and flavoured waters can also play a role in expanding the industry. Given this trend, it will not be surprising to see that in the near future, consumers will be shifting towards more healthy products. I wonder if the industry giants (coca cola and pepsi) will focus more on marketing their bottled water instead of soda although it is not as profitable as soda.

Target to launch its Canadian ad campaign during Oscars

A while ago, we used target as a case study for one of the classes where we discussed about how Target can market itself to expand into Canada. Here it is, Target is finally airing its commercial during the Oscars. The commercial features “Mister Roger’s well-known “Won’t You Be My Neighbor” song by the Canadian band Dragonette and a French song named “Viendras-tu avec moi?”  by a Montreal band Alfa Rococo in Quebec. The different background soundtracks used in the commercial shows that Target has segmented Canadian consumers into two groups (French speaking and others) based on geographic segmentation base.

In the commercial, a woman rides a motorcycle with a Target dog pasts several Canadian landmarks such as people skating in Toronto, Vancouver’s Olympic Village, and Moving Day in Quebec. These will appeal to Canadians as the landmarks and traditions are familiar to consumers, thus demonstrating that they considered and analyzed the culture aspects of macro environmental factors. In addition, Target pledged $1 million to Canadian charities, creating bursaries for Quebec fashion designers as well as sponsoring a park in Quebec to influence the consumer decision process by manipulating the affective component of consumer’s attitude towards Target as an American brand (Canadians will feel less hostile to the idea that they are supporting an American brand when they know that Target supports Canadian charity and other causes). This is exactly how our group discussed in class that Target can incorporate more Canadian symbols into their marketing campaign and support Canadian businesses so it is more acceptable for Canadians to accept the brand. I wonder how Canadian consumers will react to the commercial when Target stores open in the near future. Many food products out in the market today claim to be beneficial to your health, but is that true in all the cases? I believe that is not the case, and using health to attract consumer’s attention to market a product when it does not provide such benefit is unethical to me. For example, Nutella is marketed as a “’healthy’ ‘nutritious’ food” when in fact it contains a sugar amount close to a candy bar. How Nutella is markted as healthy is very misleading for consumers, especially parent’s who doesn’t learn to read labels of actual ingredients and buy it to feed their children. Many consumers nowadays just browse the label and absorb information from there rather than looking closely at the ingredient chart. The way Nutella presented itself in the commercial only shows the “good” ingredients of hazelnut, skim milk and coca, but intentionally hides the sugar and fat content which misleads consumer into thinking that it could actually be a healthy meal. As a result, Ferrero (Nutella maker) paid out millions to settle the lawsuit when a mother from California decided to take action against the false advertisement. Consumers from the U.S. can file a claim if they purchased Nutella in a certain period of time. Also, they will be changing its marketing campaign as well as explicitly stating the sugar and fat content on the jar. I feel that companies promoting healthy product has a potential tendency of not disclosing full information to consumers, and thus companies should be review their marketing plans carefully. This is a serious issue as it concerns the health of consumers.