by Simon Donner; this is a re-post from the old site, in light of some discussions, rational and not, that followed Michael Mann’s recent op-ed “If you see something, say something” on scientists’ responsibility to speak up about the impacts of climate change:

A few years ago, I found myself at a retreat with a group of highly accomplished scientists from around the continent. Why, I don’t know. I suspect my invitation came much as it would to a team’s equipment person, who are still needed during practice drills on the road to fetch all the loose balls.

On the penultimate evening, the discussion turned to the challenge of balancing science and outreach. The very unscientific activities of the retreat had wore down the competitive academic armour that most successful scientists wear like second skin, and revealed a surprising vulnerability among the group. Most everyone held an existential fear of this mysterious force, which most often went by the moniker “they”. 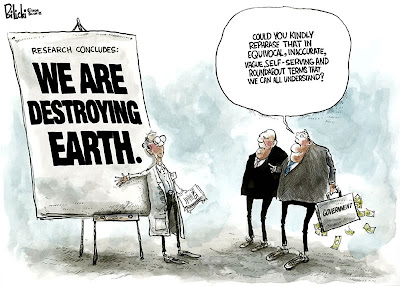 You see, this “they” held ultimate power over careers and was adamantly opposed to scientists spending time on outreach, rather than research. At the time, I thought that young scientists starting out their careers should be afraid to do outreach because of judgement by people like those at the retreat. Yet here were some tenured faculty, people with, arguably, the safest jobs in the world, themselves feeling they did not have the freedom to do outreach. It was eye-opening.

I delivered an eloquent speech about the psychological legacy of years spent jumping though hoops in the hierarchical academic world and how the greatest obstacles we must overcome in life are often internal. Either that or I channeled my old-country centenarian grandmother and said “What the %$@* are all of you talking about?”. It’s been a few years, so I don’t recall the exact wording.

It is healthy for a scientist to be cautious about outreach. Really.

There’s a big misconception among young scientists that “the academy” frowns upon those who engage with the public. Speaking up is not the issue. What scientists really frown upon is simply people who don’t know their stuff. If you’re consistently good at your job, you really can talk with the public without fear of serious recrimination by your peers.

Those doing outreach might experience some backtalk, but so might those who get teaching buyouts from a grant, win external fellowships or publish in general science journals. Some of that is jealousy. The politics of academics are a lot like that of junior high school, except it is a unique junior high for Type A adults who studied too hard in actual junior high to fully graduate past that stage of psychological development. I keed, I keed. Sort of.

I think the key to managing the balance between science and outreach in the competitive research world is to be a good scientist.  And, by this, I mean two different but related things, things that I wish I had been told years ago:

First, before even thinking about outreach, you have to do your job and do it well. That means publishing in top journals, being cited by others, the whole ball of statistically significant wax. Why should anyone outside of scientist listen to a scientist who is not consistently doing research that is respected by others in the field? And respected, does not mean loved. People respect research that is thorough and well-supported, even if they disagree with the findings.

Second, we’re scientists, why not be scientific about outreach. Be systematic. Do research on the role of scientists in society. Evaluate different methods and assumptions. And when the time comes, be precise.

Be harsh – with yourself

To be scientific about outreach, you need to be extremely harsh with yourself about why you are getting engaged beyond the scientific world. I cannot stress this enough, I did not think about this nearly enough before started blogging years ago.

What values are motivating your engagement, and how are those values affecting the public statements you plan to make? It is perfectly acceptable to advocate. We are citizens, we have every right to express our views. However, if we are not clear with people about when you are making a scientific or “objective” judgement (i.e. our analysis shows climate change will lead to an increase in coral bleaching) versus a value judgement or a “should” statement  (i.e. we “should” reduce greenhouse gas emissions), then we are only doing harm to the overall scientific enterprise. 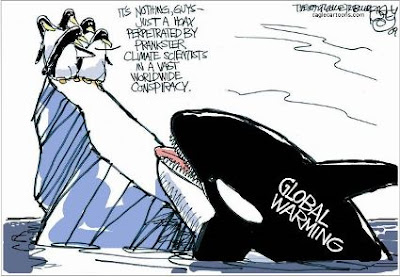 “Stealth” advocacy, as Roger Pielke Jr. discusses in The Honest Broker, can lead to the politicization of science. If the audience disagrees with my “should” statement, they may then question my objective statement or my results. They also may, quite reasonably, conclude that I am abusing the position of authority granted to me by the public as a consequence of my title and degree to advance my personal agenda. The perception of this dynamic is very much at play in climate change discourse, where a lot of skepticism of the science is rooted in a mistaken belief that the core of climate science has been politically compromised.

Looking back, I’m glad that the scientists at the retreat were a bit reticent about outreach, even if I think the reasoning was wrong. If I’ve learned anything from my interactions with the folks at COMPASS and other science-public intermediaries, it is that we should be cautious about outreach just like we are cautious about research. We want to do both well, don’t we?