Beware.  You may be reading the words of a right-wing conspirator.  At least that’s what a column in the Tyee implied a couple months back when I last wrote about the Surrey Board of Trade.  Allegedly, I demonstrate “an affinity for one per centers” when I refer favourably to business leaders who make substantial contributions to the social well being of their communities and country. I deploy my sympathies deviously to distract attention from the Occupy movement, even though I, like Occupy, propose remedies to close the growing gap between the rich and the rest.

But I just can’t help talking about some impressive business leaders this week.  Because the Surrey Board of Trade, led by CEO Anita Huberman, one of Business in Vancouver’s top 40 under 40, just published a “Business and Families Position Paper.”  The paper recommends that provincial and federal governments implement a New Deal for Families.

According to the Board, “In the absence of policy that responds to the declining standard of living for generations raising young children, costs are now displaced on to business. Work-life conflict among employees with preschool age children costs the BC business community in excess of $600 million per year, and the Canadian business community in excess of $4 billion.”  Why?  Because the “business community pays a price when employees with young kids bring their time and service squeeze to their jobs… The result is higher absenteeism rates for this group of employees, greater turnover, and increased use of extended health benefits – all of which employers pay for”, says Huberman.

In the spirit of full disclosure, my right wing conspiracy does not stop with the Surrey Board of Trade.  Several ‘one percenters’ have lent their voices and reputations to echo this call by contributing to a new series of YouTube videos:  Warren Beach, as CFO of Sierra Systems, Debi Hewson, CEO of Odlum Brown, Yuri Fulmer, CEO of FDC Capital, and Tamara Vrooman, CEO of Vancity.  The videos feature business leaders supporting policy reform that will make Canada work for all generations. 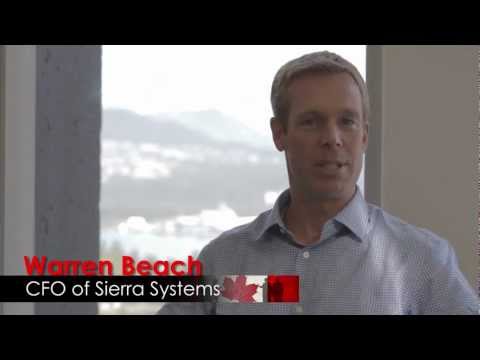 Who would have thought it?  Grassroots activity bubbling up through the business community.  We tend to associate this sort of thing with community groups.  Like the YMCA, which is convening grassroots conversations across the country to ask ‘Does Canada Work for All Generations?’  Or the WTF? (Where’s the Family?) parties that are popping up in communities like Cranbrook as locals try to mobilize the under-45 crowd.

But in Surrey, the Board of Trade has lent its organizational voice to the grassroots movement.  Its position paper formally calls for provincial and federal governments to implement $10/day child care services; incentives for flex-time and family-friendly workplaces; healthy child check-ins and parenting supports; and a review of parental leave to explore changes that would make it affordable for dads and moms to split 18 months at home with a newborn.

The timing of the Surrey Board of Trade’s announcement is notable.  Polls show that the BC Liberals are neck and neck with the nascent provincial Conservative party.  Both are well behind the NDP.  Angus Reid pollster, Mario Canseco, recently suggested in the Globe and Mail that the Liberal freefall in the polls reveals that Premier Clark’s ‘Families First’ agenda hasn’t resonated with British Columbians.

Is the electorate really responding poorly to the ‘Families First’ idea?  Or is there just too little content in the Premier’s agenda to motivate a response?  A February holiday that has been postponed, the elimination of parking fees in provincial parks, and a review of hydro rates, is hardly the stuff of an agenda worried about the generation raising young kids, or their declining standard of living.

The Board is a prominent business voice speaking to all political parties, including the ‘free enterprise coalition’ around which the provincial Liberals have branded themselves for the last decade.  By calling for a New Deal for Families, the Surrey Board of Trade invites political strategists to re-think what is perceived to be business friendly and pro-market, observing that significant investments in family policy for the generations raising young kids is consistent with such logic.

Advisors to Premier Clark will likely scoff at this.  They helped her bring in a provincial budget described by some as one of the most conservative in the country.  They went this direction out of fear that courting centrist voters would split the Liberals’ ‘free enterprise coalition’.  Problem is, polls show that this strategy isn’t working.

The Surrey Board of Trade’s announcement may point to a way out for the provincial Liberals.  The Board is signaling that reviving the initial attraction that many British Columbians showed for Premier Clark’s ‘Families First’ agenda makes good sense.  Following the timely advice of the Board of Trade could help the Premier move from empty slogans to a concrete family policy platform with potential to animate generations under 45.

It is those generations, especially families with young kids, who have been the least likely to vote.  A party that is worried about losing votes from its traditional base may then be wise to consider how to inspire those who have not historically showed up at the ballot box.  Exciting this demographic certainly worked for the mayor of Calgary, and many claimed it was significant in the results of the last US Presidential election.  It could work in BC too, with a ‘Families First’ agenda backed up by the policies endorsed by the Surrey Board of Trade.