Surgical castration (gonadectomy) of young male pigs is an animal husbandry procedure that has been practiced for centuries in pig farming world-wide. It is most often performed before 14 days of age, and is almost always done without anesthetic or analgesics.

While alternative castration methods, such as Burdizzo castration and the rubber-ring method, are utilized for other farm animals like sheep and bull calves, surgical castration is the only appropriate method for piglets. This is due to the small size of the testicles of a piglet, making it difficult to perform either of the aforementioned methods.

The anatomy of the genital tract of male piglets and localisation of incisions during surgical castration can be seen in the following figure:

The following is a step-by-step procedure of surgical castration using a v-trough: 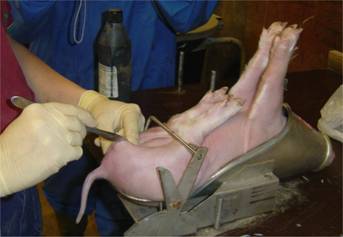 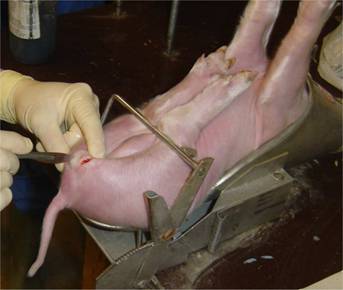 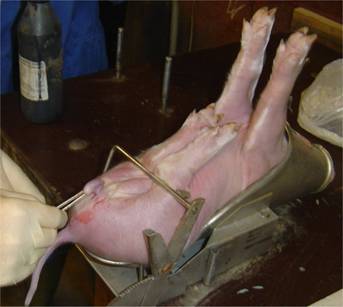 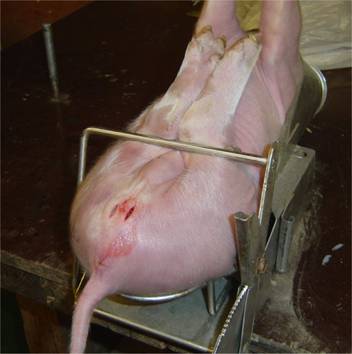 Here is a link to a video of a castration performed by an experienced producer who restrains the piglet with one hand and castrates with the other.
Warning: graphic content.
Pig Castration