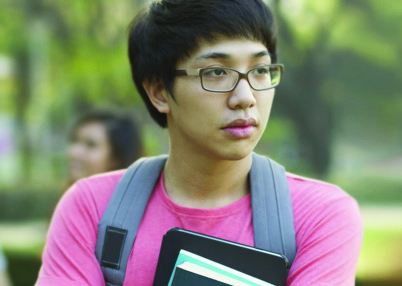 The difference in rates of depression between East Asians and North Americans has long attracted research which led to many possible explanations for such findings. According to a summary study by Weissman et al. (1996) which analysed the rates of major depressive disorder in different countries based on community surveys,the prevalence rate of Taiwan stood low at 1.5% for every 100 people while that of Korea was a close 2.9%. Another study indicated China’s 1-year incidence rate for unipolar depression at 2.3%, which was much lower than that of the United States at 10.3% (Kessler et al., 1994; Murray, & Lopez, 1996).

The lower incidence and prevalence rates of depression in East-Asian countries may imply a lower risk of depression for their populations. However, we could go deeper than these statistics before arriving at an early conclusion that East-Asians are endowed with a biological advantage over Westerners which actively protects them against depression. Even if such natural protection could exist, what is the source and mechanism which enables it to work? Ironically, a closer look provided by one study of the genetic differences between Western and Asian populations revealed that the latter exhibited higher frequency of homozygosity for the short allele of serotonin transporter gene-linked region of polymorphism (Caspi et al., 2003). The effect of such genotype is less transmission or activity of the neurotransmitter serotonin which increases one’s risk of depression in the event of life stress.

Studies also showed that the association between serotonin transporter polymorphism genotype and depressive symptoms was moderated by environmental factors which may include stress and cultural practices (Ishii, 2013). Kim et al. (2010) found that the greater endorsement of holistic view by Koreans than Americans was more pronounced in those who carried the G allele of a serotonin receptor polymorphism and resulted in less neurotransmission of serotonin. Such findings lead to the explanation that in order to counter the increased vulnerability of Asians to stressful events and thus, depression, the culture turned to active seeking and promotion of interdependent harmonious relations and mutual support (Fiske, 2009; Laland, 1993; Taylor et al., 2006).

On one hand, studies have also linked low levels of serotonin with increased risk-taking and aggressive behaviour in monkeys and humans (Coccaro, & Kavoussi, 1997; reviewed by Howell et al., 2007). The tendency of East-Asians to promote social harmony and avoid conflict could be a means by which risky and aggressive pursuits are discouraged. East-Asians are also known to prefer low-arousal leisure activities in contrast with high-arousal sports (Gobster, & Delgado, 1992). A cross-cultural study by Pizam et al. (2004) looked into the travel preference of young adults and it was found that a more than half of American participants in comparison with Koreans, scored higher on risk-taking and sensation seeking. Such finding suggests a question of whether a mediating agent is in play between one’s compromised level of protective serotonin and reduced aggressive tendency.

There was another study which examined the association between levels of serotonin transporter and brain activity of the amygdala region in human subjects when they responded to fearful or angry faces (Hariri et al., 2002). The amygdala is known for its role in conditioned emotional responses in learning and reactivity to fearful stimuli (Carlson, 2011). The study found that subjects who carried the short allele of serotonin transporter gene, hence a higher risk of depression during the event of stress, showed greater right amygdala reactivity when they viewed those faces. Another magnetic resonance imaging(MRI) study by Kobiella et al. (2011) related subjects’ short form of serotonin transporter gene with their smaller volumes of the amygdala and increased activation than those with the long genotype, suggesting both structural and functional influences by this brain region in restraining one’s potential risk-taking tendency.

Although further research is required to determine whether the association between serotonin transporter genotype and increased amygdala reactivity can be generalised to cross-cultural sampling of Asian subjects, the observations could suggest that the likelihood of negative and fearful expectations of undesirable outcomes of a situation or undertaking may contribute to the purpose and significance of harmonious relations uphold by Eastern philosophy. If such is the case, we can likely infer the preferred stress coping styles of interdependent Easterners as compared with independent Westerners. Difference in optimism and pessimism between these two cultural groups may mediate their choice of either an active or avoidance coping strategy (Chang, 1996).

Optimism has been linked to active coping which directly confronts the problem while pessimism is related with passive avoidance style such as social withdrawal (Chang, 1998; Long, & Sangster, 1993; Scheier, & Carver, 1985, 1992). Radford, Mann, Ohta and Nakane (1993) found that Japanese college students were more likely to use avoidance coping styles than Australian students. Active coping style, which involves directly confronting a problem or situation, could just not align well with a culture that values non-conflicting relations and discourages explicit expression of disagreement with group norms. East-Asian collectivistic culture could have indirectly fostered an avoidant attitude when one has to cope with the negative situations in life, and this strategy is more adaptive in preventing group conflict.

The results of the study by Chang (1996), which looked into the cultural differences between Asian American and Caucasian American students, showed that the former scored higher on pessimism and used more problem avoidance and social withdrawal strategies than Caucasian students. On one hand, the tendency of Asians towards negative expectation can be more pervasive at the sociocultural level. A study which analysed the lyric content of American and Chinese love songs found that the latter contained more negative expectations about the outcome of a romantic relationship and its sufferings than the former (Rothbaum, & Tsang, 1998). Thus, these internal and outward expression of negativism may function as indirect counteractive measures against East-Asians’ genetic predisposition towards depression.

4 thoughts on “East Asians and Depression”