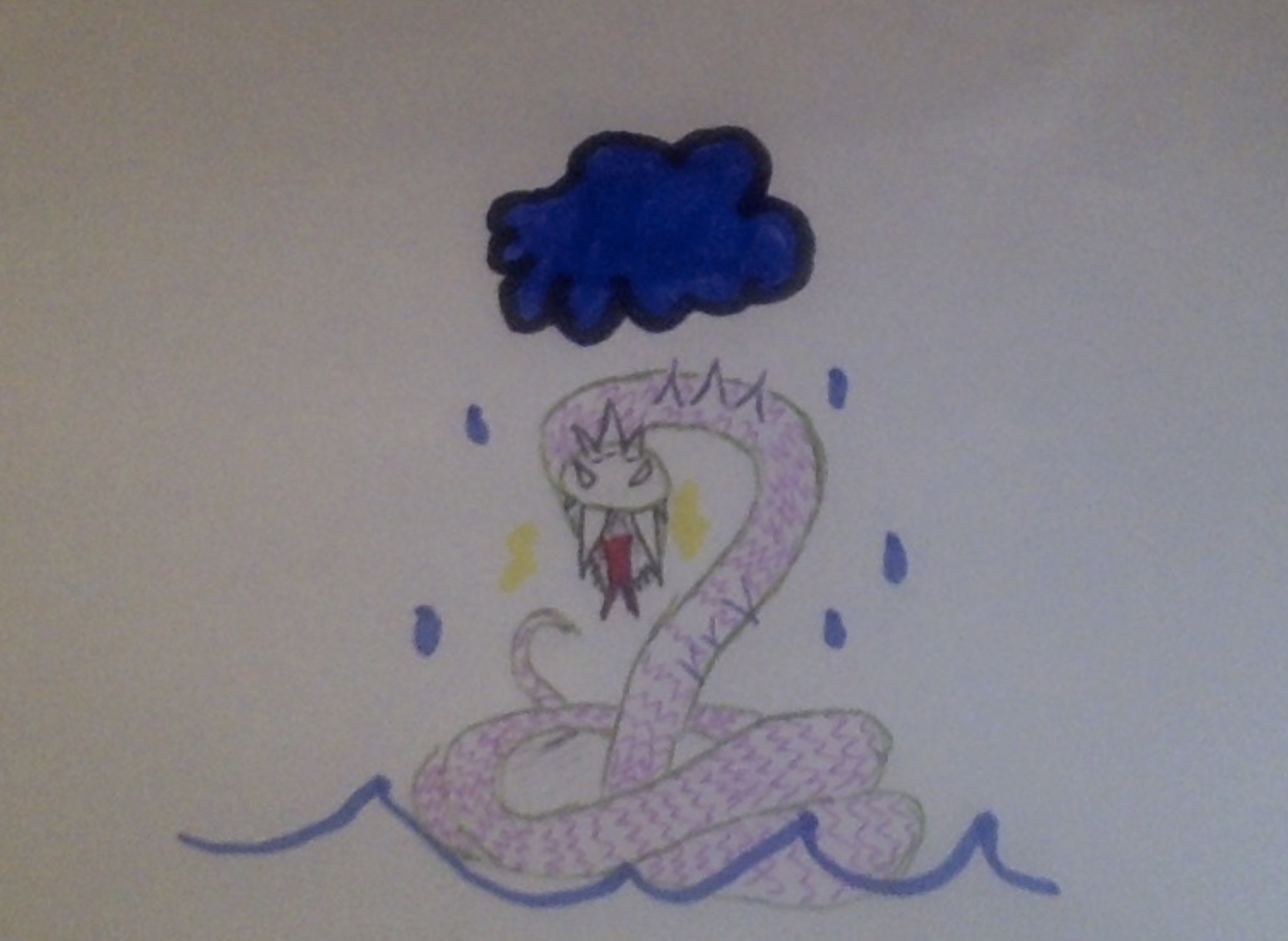 Vile Piksiiksina is a Giant Scalley snake that has horns and long teeth. This snake is only known to freshwaters and rivers and occasionally slithers on the lands of the Niistapi – the Blackfoot. This snake has the ability to transform into any animal around them and possess people, but the most powerful ability the snake has was controlling the weather around him. When he wanted to he could make the sunshine for days upon days until the Niistapi suffered from droughts. Anyone that wanted to confront the snake to stop, he would eat them or make them his peasants. Many humans seen Vile Piksiiksina as a maleficent creature and saw that it has no meaning on the planet, but like everything the creator made this creature for a purpose. The secret that the snake was hiding was that he was a protector of the most sacred beings, the water people. If the Blackfoot knew this, maybe they would be more kind, but the creator needed evil in the world to balance out the bad.

I read a legend on the Horned snakes, the horned snake is a supernatural snake that has many abilities, a few of them being shapeshifting and controlling the weather. This legend comes from the Indigenous tribe in Southern Alberta, the Blackfoot. The Blackfoot believed it would only come around to do harm and had no good intention. The snake was not an animal, it was supernatural. Since snakes were not as common in the Plains, people believe the story came from a tribe in the southern USA, and made its way up from tribe to tribe, changing features as it made its way up. My Bestiary comes from this legend with a twist.